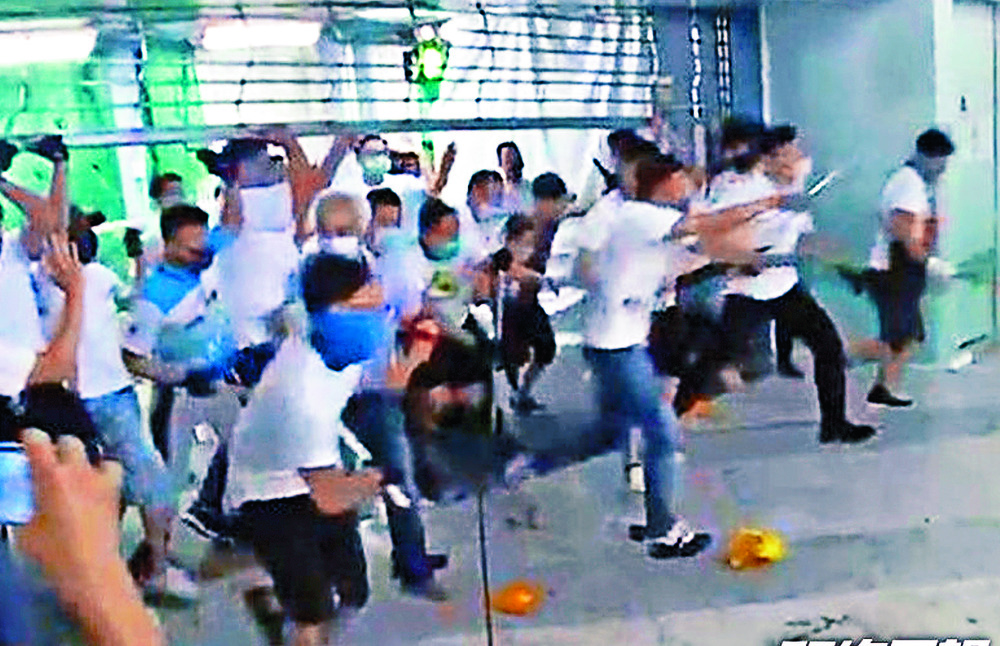 Sixteen prosecution witnesses to the July 21, 2019, Yuen Long assault case will be allowed to testify anonymously.

They will be allowed to testify behind a screen in the trial of six men over rioting and wounding with intent, which continued for a second day at District Court yesterday.

Among the six defendants, Choi was remanded in jail custody while the others were released on bail.

Senior assistant director of public prosecutions Anthony Chau Tin-hang said he will summon 25 witnesses, including nine police officers and 11 victims of the assault.

On Monday, Chau said only one witness needed to stay anonymous. But he changed his mind yesterday, asking for 10 witnesses to testify behind a screen.

Yip then decided that all 16 witnesses apart from the nine police officers should stay anonymous for easier arrangement. All anonymous witnesses will testify behind a screen and the court will also provide special passageways for them to enter and leave the court.

He also ordered that lawyers and the media are not allowed to reveal witnesses' identity, warning it would be contempt of court if anyone did so.

The prosecution will provide surveillance camera footage captured at the concourse and platform of Yuen Long MTR station as well as Yoho Mall nearby. Three video clips shot by bystanders will also be played in court.

In the opening statement, Chau said more than 50 white-clad men gathered at Yuen Long MTR station on July 21, vowing to safeguard Yuen Long and drive out protesters after they held a screening event in the district on July 16.

The white-clad men entered the MTR station at around 11pm and attacked people in black with wooden sticks. Some of them were also seen attacking the black-shirted people on the platform and in train cars, Chau said.

He said all six defendants participated in the assault. Wong Chi-wing, Wong Ying-kit, Tang Ying-bun and Choi attacked people with rattan sticks and hurled objects toward them in the paid area at around 11pm.

Another two defendants of the case, second-hand car salesman Lam Koon-leung, 49, and car sales manager Lam Kai-ming, 44, have pleaded guilty to rioting on Monday. But they denied wounding with intent and the charge was left on the court file.

Both of them have been remanded until March 26 for mitigation and sentencing.