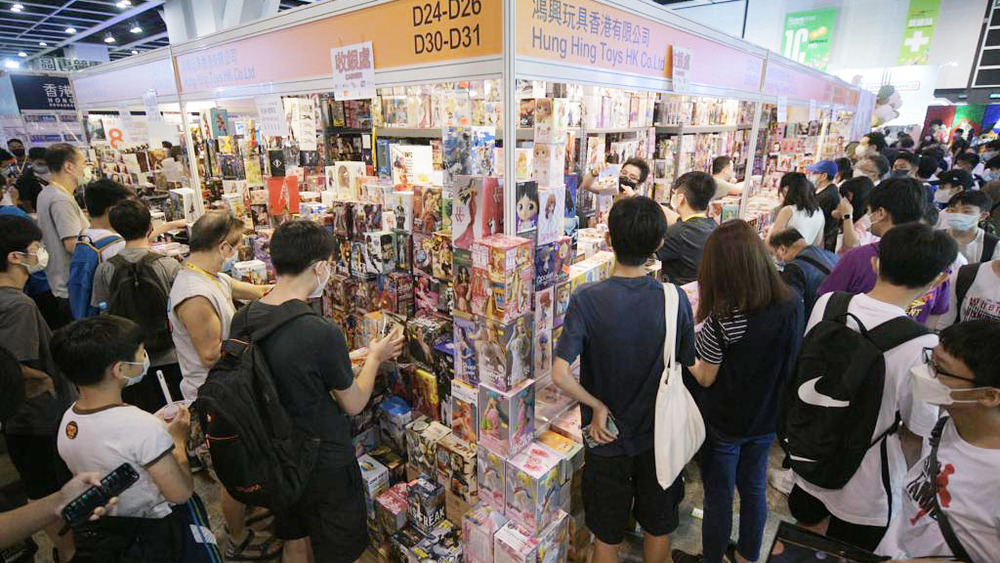 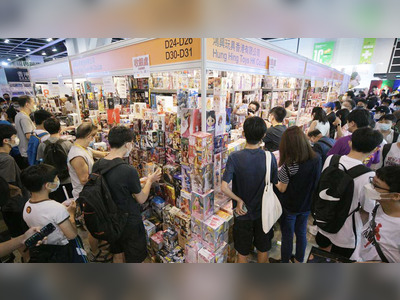 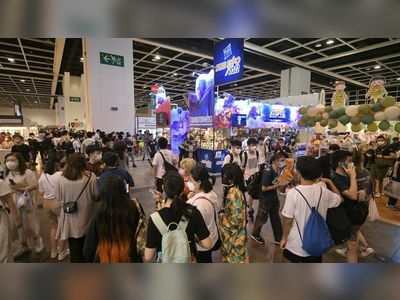 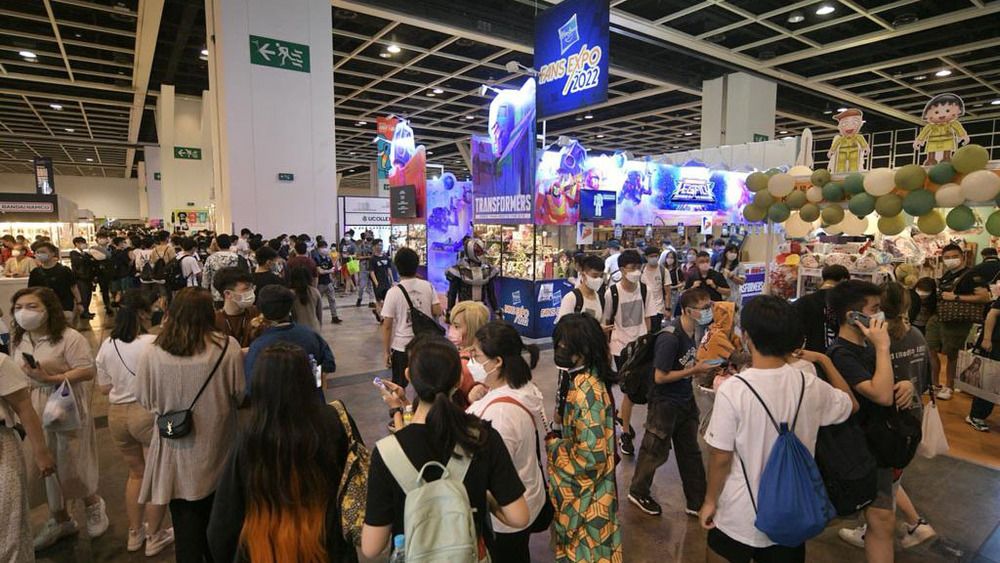 Hundreds of anime and comics fans could be seen queuing outside the Hong Kong Convention and Exhibition Centre in Wan Chai in a last-minute bid to buy memorabilia as the 23rd Ani-Com draws to a close today.

Among the mass of fans standing in line from 6am were a group of elementary school students who aimed to splurge on models of their favorite anime characters.

Another fan, who was visiting for the third day in a row, said that he had already spent more than HK$1,500 on goods and he would like to grab the chance of getting the limited-edition models today.

Compared to previous years, the flow of visitors was noticeably higher, possibly due to more citizens wanting to spend on entertainment instead of traveling outside Hong Kong borders.

Many visitors had their children with them, with one father stating that he hoped to have a good time with his son.

Exhibitors were not disappointed by this year’s sales. Vendors are still holding out hope that their wares will sell out, with a model retailer claiming that there could be another wave of potential customers just before the convention ends.

More than 700 exhibitors participated in this year’s Ani-Com, of which 200 operated booths in the “Doujin Zone.”