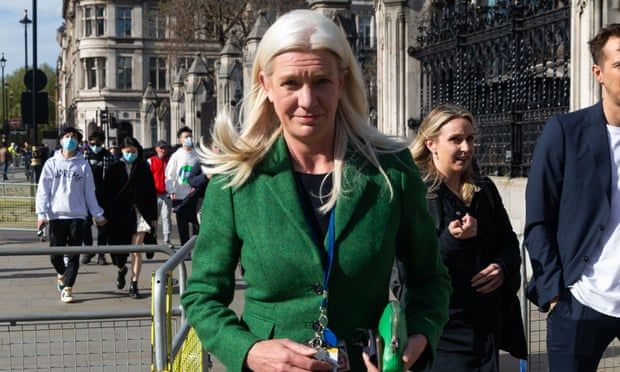 Public anger at Matt Hancock’s breach of social distancing rules with an aide with whom he had started an affair was a factor in the Conservative party’s “disappointing” failure to win the Batley and Spen byelection, the party’s co-chair has conceded.

Amanda Milling was speaking on the morning after Kim Leadbeater took the seat for Labour after she received 13,296 votes, a majority of 323 over the Tory candidate, Ryan Stephenson.

“It was something that came up on the doorstep, I have to be honest about that,” Milling told Sky News after being asked if public anger at the former health secretary’s behaviour had cost the party votes.

“They had some issues over the weekend in terms of what happened. Matt resigned and that was the right thing to do,” she said.

Describing the result as “disappointing”, Milling said the government had faced an uphill task to take the seat, which was vacated by its previous MP, Tracy Brabin, after she was elected as the region’s metro mayor.

After a desperate last-ditch effort to hang on to his job, Hancock resigned after he was pictured in an embrace at his office with Gina Coladangelo, a longtime friend and a non-executive director at the department of the then secretary of state for health, on 6 May.

She told BBC Breakfast: “This was a collective effort. I was so pleased to see so many campaigners across the country. It was an election where local issues were at the heart of it. It was local and national, but Kim is a local woman and she’s the only candidate in this election who lived in that area.”

Asked about the performance of George Galloway, who came third and took more than 8,000 votes during a campaign in which he targeted voters in traditionally Labour areas with the aim of toppling the Labour leader, Keir Starmer, Mahmood called his conduct “hateful and divisive” and said it had “made people afraid of one another”.

Leadbeater would “advocate and represent local interests” when it came to Palestine and human rights abuses in Kashmir, Mahmood said.
Add Comment