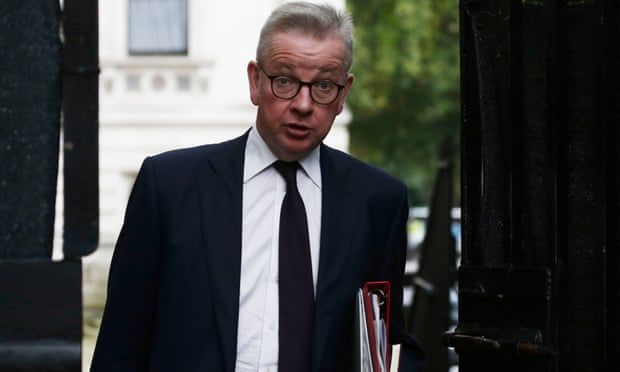 Boris Johnson is facing growing controversy over a proposed new law that will hand Michael Gove the power to set the remit of the hitherto independent watchdog that oversees elections and party finances, including donations.

With the PM struggling to contain the fallout from attempts to undermine the parliamentary commissioner for standards, Kathryn Stone, attention is now turning to his government’s efforts to bring the Electoral Commission to heel. The commission recently concluded an investigation into the funding of the refurbishment of Johnson’s Downing Street flat, which is yet to be published.

Under the elections bill, now passing through parliament, the Cabinet Office minister, Gove, would be given power to set the entire remit of the commission, as part of a series of changes that ministers say will strengthen democracy. But opposition parties, and some senior Conservatives, say the bill will be seen as another attempt to dismantle checks and balances in the system, and rig the political process in favour of the Tories.

A senior Tory MP close to discussions on the bill said: “There are issues which are not perfect to do with the Electoral Commission, but given what has happened there are dangers with being seen to be making another assault on the system. We have to be very, very careful with this.” 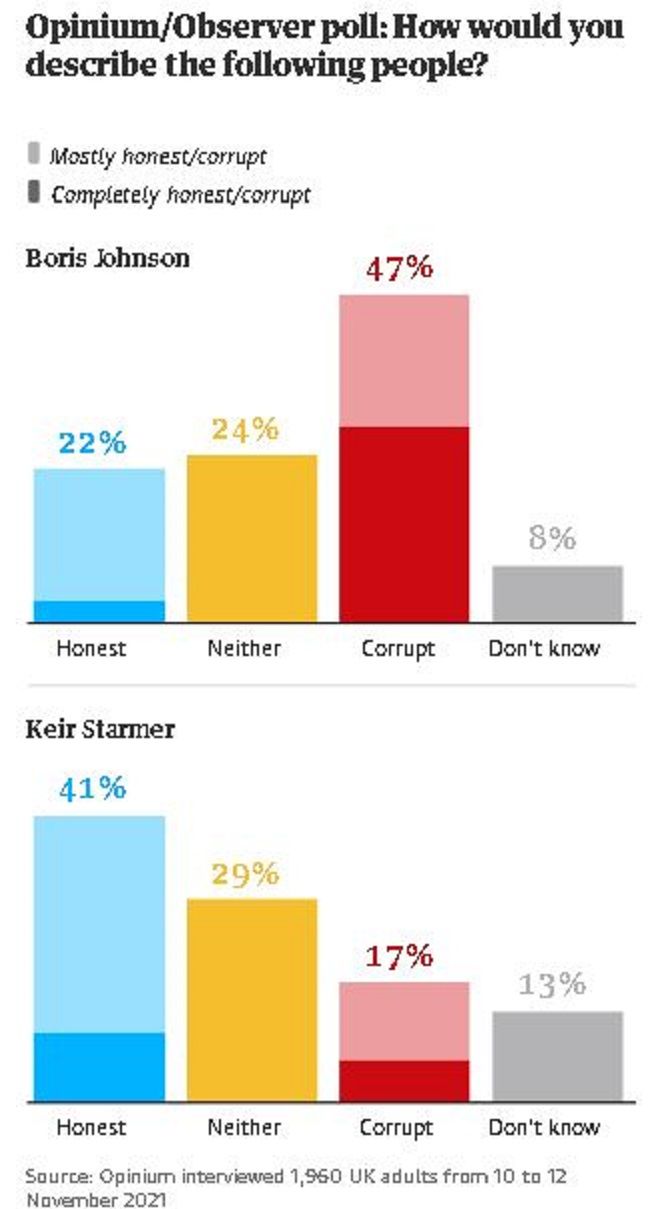 Some pro-Brexit Tories have criticised the commission for over-reaching itself, particularly with its investigations into key figures in the Vote Leave campaign. Gove is known to have been one of those keen to rein in its work.

Labour’s deputy leader, Angela Rayner, last night called on Tory MPs to join opposition parties in opposing the bill. “Every time the prime minister attacks the independent institutions tasked with protecting us from corruption and upholding the integrity of our public life he attacks our democracy, corrodes public trust and diminishes our country’s standing as a proud democracy,” she said.

Rayner added: “Conservative MPs must think long and hard about whether they want to walk through the voting lobbies again to support this prime minister in further undermining independent scrutiny and attacking those who uphold the integrity of our democracy, or stand up for our democracy.”

Former Tory MP and attorney general Dominic Grieve said he did not agree with the way Johnson was clearly trying to “clip the wings” of the Electoral Commission. “It seems to me the commission has done a good job and has tried to enforce rules fairly. This seems to be yet another example of this particular government and this prime minister not liking the regulatory environment that has been created over elections and much preferring to have a free for all.”

The Labour chair of the Commons standards committee, Chris Bryant, said the elections bill was further evidence of a “modus operandi” in Johnson’s government “to dismantle all the checks and balances that there are in the system and to seize control into political hands”.

Critics of the bill say it bestows unprecedented and unchecked power on government over elections in two ways; first, by empowering ministers to set both the agenda and purview of the commission, and second, by enabling the minister for the Cabinet Office to change which organisations and campaign activities are permitted a year before any election in the UK. They say ministers will be able at a stroke to ban whole sections of civil society, including unions and charities, from engaging in elections by campaigning or donating.

The Cabinet Office says the bill is a “necessary and a proportionate approach to reforming the Electoral Commission while respecting its independence”.

Daisy Cooper MP, deputy leader of the Liberal Democrats, said: “First Boris Johnson tried to stitch up MPs standards and now he’s trying to do the same to our elections. This is an assault on British democracy and part of Boris Johnson’s attempts to rip up the very fabric of our liberal democracy.

“This is something I would expect from Putin, not a British prime minister. He just doesn’t get it. At every turn, Boris Johnson is alienating former Conservative voters who think the way he behaves is utterly reprehensible.”