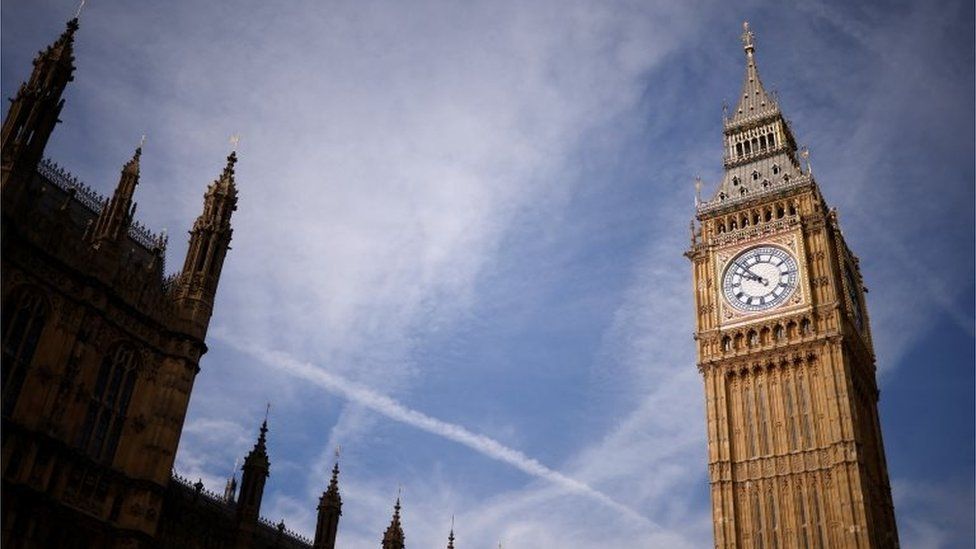 Angela Rayner row: Does Parliament have a problem with misogyny?

A story in the Mail on Sunday reporting claims from Conservative MPs about Angela Rayner has been widely criticised as misogynistic.

It claimed Labour's deputy leader tries to distract Boris Johnson in Parliament by crossing and uncrossing her legs as she sits on the frontbench, facing the assembled Tory MPs.

But is misogyny the exception rather than the rule when it comes to the culture in Parliament?

It would be hard to argue that in the past Westminster was an easy place to be a woman.

A report in 2004 - entitled Whose secretary are you? - heard from female MPs, including Labour's Barbara Follett who recalled Conservatives pretending to juggle imaginary breasts when a woman spoke in the House of Commons.

Ex-education secretary Gillian Shephard said one of her colleagues called all women Betty because "you're all the same".

And Harriet Harman - who went to become Labour's deputy leader - said that, following a promotion, she was asked: "Who have you been sleeping with?"

That report was written nearly two decades ago - do MPs think much has changed since then?

Labour's shadow chancellor Rachel Reeves says the problem is "still massive" adding that: "There is not a single female MP or staff member in the Commons who doesn't have their own stories about sexism and misogyny."

"No one says that about male MPs - that they can't be senior politicians and have children."

Caroline Nokes - the Conservative chair of the Women and Equalities Committee - told BBC 5 Live that she didn't experience open sexism, adding: "It would take a very brave man."

However, she added she had heard of comments made "behind my back".

"I can think of a minister in the current government who openly discusses my sex life as if it is something to be ashamed of when his own is far more colourful and varied.

"He calls me appalling names in the tea room... Westminster is a very gossipy place, it gets back to me."

She said she couldn't use the term on radio but said it is "unpleasant, demeaning, offensive".

Ms Nokes also argued female MPs are treated "unfairly" not just by their colleagues, but also in the media.

"They focus on their appearances, what they're wearing, their hair, as opposed to the content of what they say - you seldom see any sort of coverage about male MPs' appearance."

Her comments were echoed by her Tory colleague Alicia Kearns - MP for Rutland and Melton - who said "some journalists are incapable of writing about female MPs without denigrating their appearances rather than their policies".

But journalist Isabel Oakeshott said Westminster was not full of "marauding sexists" and that things had "got an awful lot better".

She suggested the problem was "as much with newspapers as the culture of Westminster" adding that papers may be lagging behind on the issue.

"This is the way papers work," she told the BBC's World at One programme. "They will look for a story which has a central female character who is, what papers will privately call, a 'presentable woman'.

"I don't think we should automatically assume that, because of the prominence the [Angela Rayner] story was given in the Mail on Sunday, that there is a huge problem at Westminster.

"That is not to say there isn't some problem at Westminster, there is in almost every workplace."

With depressing regularity we're reminded that Westminster can be a very uncomfortable workplace for women.

In this case an offensive comment about how a senior female politician dresses rather than what she says, with a dose of snobbery thrown in.

But maybe we should take heart from the reaction to this unpleasant story. MPs from all parties, the prime minister and the Commons Speaker all publicly condemning the misogyny.

The increase in female MPs and political journalists has dramatically changed and improved the atmosphere in the Commons over the past 30 years, but there's still much room for improvement.

Regulating what male MPs say in private to journalists or to each other won't be easy. But a loud chorus of disapproval when these comments come to light should help ram home the message that times have changed.

Those looking for signs of progress could point to recent changes in the way complaints of harassment are handled.

The #MeToo campaign, in which women shared their own stories of sexual harassment, prompted questions about the culture in Westminster - particularly the way young members of staff were treated by MPs.

Former staff members not only complained about MPs' behaviour, but also how their grievances were dealt with.

A report by a high court judge found that aggressive, lewd and intimidation behaviour by MPs had been "tolerated and concealed" for years.

A new independent complaints procedure was set up which removed MPs from the process of judging whether one of their colleagues had breached conduct rules.

'Shut up and stay home'

Conservative Andrea Leadsom, who helped set up the new system, has acknowledged it needs improving - telling the BBC last year that investigations into complaints were taking too long.

"And that's not anyone's malicious intent, but justice delayed is justice denied. If it's going to take a year plus to resolve, that's going to undermine the credibility of the scheme," she said.

Ms Harman - the longest serving female MP in the House of Commons - says she hopes the new procedures will stop what has been "rife".

However, asked if things had got better since she started out in the 1980s, she said no.

"The things that I was subjected to when I was a young woman MP... it's exactly the same happening to Angela Rayner.

"Sexist briefing is an age-old way to shut people up... it's rooted in the idea that women should just shut up and stay home and don't have a right to be in Parliament.

"Well it won't work. Because women will not be shut up."