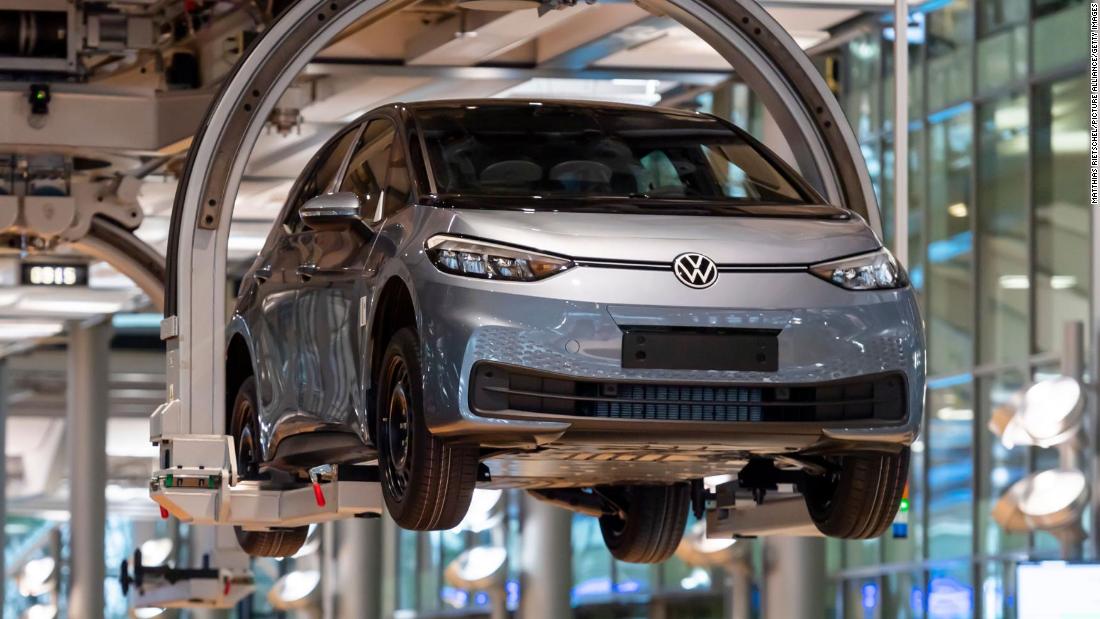 Tesla knows all about how to disrupt an industry. It may soon find out what it's like to be on the receiving end.

After years as the undisputed king of the electric car, Tesla (TSLA) could be matched sale for sale by Volkswagen (VLKAF) as early as 2022, according to analysts at UBS, who predict that Europe's biggest carmaker will go on to sell 300,000 more battery electric vehicles than Tesla in 2025.

Ending Tesla's reign would be a huge milestone in Volkswagen's transformation into an electric vehicle powerhouse. Badly burned by its diesel emissions scandal in 2015, Europe's largest carmaker is investing €35 billion ($42 billion) in electric vehicles, staking its future on new technology and a dramatic shift away from fossil fuels.

"Tesla is not only about electric vehicles. Tesla is also very strong in software. They really run the car as a device. They are making good progress on the autonomous thing. But yes ... we are going to challenge Tesla," Volkswagen CEO Herbert Diess told CNN's Julia Chatterley on Tuesday.

Volkswagen this week underscored the scale of that ambition. It said it would sell more than 2 million electric vehicles by 2025, build its own network of vast battery factories, hire 6,500 IT experts over the next five years, launch its own operating system, and become Europe's second biggest software company behind SAP (SAP).

UBS analysts told reporters last week that investors have failed to appreciate the speed at which Volkswagen is gaining ground on Tesla, and how much money the German company stands to make by going "all in" on electric cars before other established carmakers including Toyota (TM) and General Motors (GM). UBS has hiked its target price for Volkswagen shares by 50% to €300 ($358).

"We have more confidence than ever that Volkswagen will deliver the unique combination of volume growth, making them the world's largest [electric] carmaker, together with Tesla, as soon as next year, while their margins will be stable or even grow from here. That is something that is totally unappreciated," said UBS analyst Patrick Hummel.

Volkswagen, which owns Porsche, Audi, Skoda and SEAT, sold 231,600 battery electric vehicles in 2020. That's less than half the number of sales Tesla made, but it represents an increase of 214% on the previous year. Rapid growth is expected to continue as Volkswagen launches 70 electric vehicles before the end of the decade. It will operate eight electric vehicle plants by 2022, producing models in nearly every segment — from small cars to SUVs and luxury sedans.

The global race to electric car market domination will come down to the Californian upstart and the German industrial giant, according to UBS. It predicts that Volkswagen will exceed its own goal by producing 2.6 million electric vehicles in 2025, followed by Tesla with 2.3 million. Toyota, which sold more cars than anyone else last year, ranks a distant third with 1.5 million electric sales (excluding hybrids). Hyundai Motor Group (HYMTF) and Nissan (NSANF) will churn out roughly 1 million vehicles, followed by General Motors with 800,000.

Volkswagen is in a better position than its rivals because of its modular production platform, or MEB. The platform, which was used to produce the ID.3, an electric compact hatchback, will allow the carmaker to quickly produce a huge number of vehicles while slashing costs.

UBS estimates that manufacturing an ID.3 currently costs Volkswagen €4,000 ($4,770) more than producing an equivalent Golf powered by gasoline or diesel. But a sharp decline in the cost of battery packs — the single most expensive part of an electric vehicle — mean the difference in production costs will be eliminated by 2025, according to UBS.

Volkswagen on Monday unveiled plans to open six battery-making "gigafactories" in Europe by 2030, with the aim of slashing the cost of its battery cells by as much as 50%. "Lower prices for batteries means more affordable cars, which makes electric vehicles more attractive for customers," said Diess.

The huge scale of production at Volkswagen, which sold 9.3 million cars last year, will also help reduce costs. In addition to the MEB, the group is developing a separate platform for premium brands Audi and Porsche, allowing it to launch electric vehicles across its entire product range.

Despite the recent rise in its share price, Volkswagen is worth significantly less than Tesla. The market value of the challenger led by Elon Musk first overtook that of Volkswagen in January 2020, and the gap has increased dramatically since then. Volkswagen has a market capitalization of €111 billion ($133 billion), compared to $680 billion for Tesla.

Part of the difference can be explained by Tesla's continued superiority in battery costs, software and the profitability of its electric cars. According to UBS, Tesla has "a more sophisticated IT hardware architecture," and its "software organization is on a different level." Volkswagen lags Tesla in autonomous driving technology by several years. 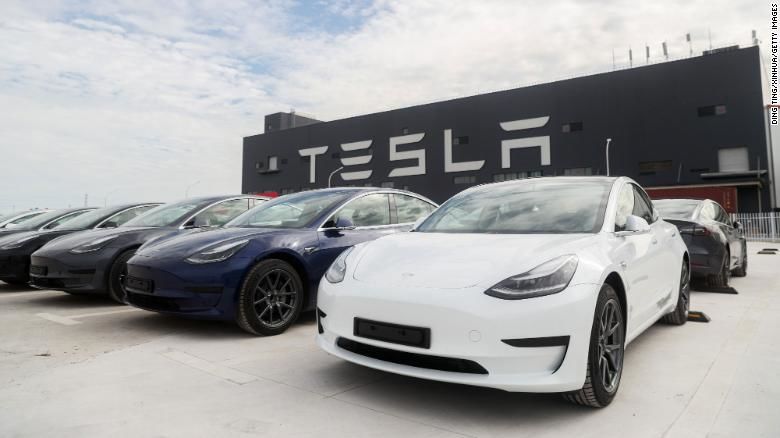 Some investors believe that Tesla will be able to capitalize on its software advantage in a big way. In addition to delivering wireless updates to its cars — a concept the company pioneered — Tesla may soon be able to do things like charge owners a subscription fee to use its autonomous driving software. It's much closer to changing the nature of car ownership than established carmakers such as Volkswagen.

UBS reckons that the earnings potential from software accounts for roughly two thirds, or $400 billion, of Tesla's market value.

"We think the lion's share of this [$400 billion in] value can be generated by software, mainly autonomous driving. With that, Tesla has the potential to become one of the most valuable software companies," its analysts wrote.

There could be setbacks along the way, however. Tesla recently expanded its "full self-driving" software to roughly 2,000 owners, but some drivers had their access revoked for not paying close enough attention to the road.

Dan Ives, an analyst at Wedbush Securities, said earlier this year that the electric vehicle market is "Tesla's world and everyone else is paying rent." But with 150 carmakers all pursuing the same goal, Tesla will need to execute on its strategy, he added.

"While growth will be key, its profitability profile will be under the microscope from investors going forward to better discern how quickly Tesla can ramp its margin structure, especially with higher margin sales coming out of China over the next few years," said Ives.

For both Volkswagen and Tesla, their ambition to dominate the electric car market depends on their ability to become more like the other. Volkswagen needs to quickly upgrade its software capabilities, while Tesla would benefit from the German company's ability to churn out million upon millions of high-quality vehicles each year. Volkswagen announced earlier this month that the first wireless software updates would be delivered to the ID.3 this summer.

Ives predicts that Tesla will be making 1 million cars a year in 2022, and could be approaching 5 million annually by the end of the decade.

With consumers now searching out electric cars, especially in Europe, the race between Volkswagen and Tesla will accelerate quickly. According to UBS, electric cars will make up 20% of global new vehicles sales in 2015 and 50% in 2030.

"We find ourselves in a new playing field — up against companies that are entering the mobility market from the world of technology," Diess said on Tuesday. "Stock market players still regard the Volkswagen Group as part of the 'old auto' world. By focusing consistently on software and efficiency, we are working to change this view."