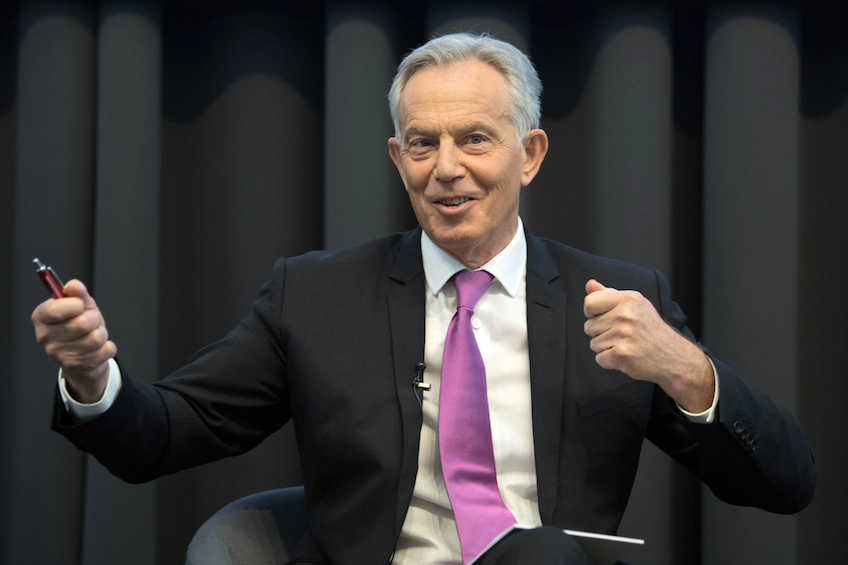 An apology denied is justice denied

Activist David Weaver remembers the day, 20 years ago, when Britain told a world conference there would be no apology for slavery

IT WAS exactly 20 years ago, on 3rd September, that the UK prime minister, Tony Blair, boldly rose to announce his and the British Government’s blatant refusal to give an outright apology for slavery and Britain’s role in the evil enslavement of African people.

This took place at the World Conference Against Racism that was held in Durban, South Africa.

People tend to say that the decision to embark on the war in Iraq was Blair’s greatest failure but for me – as a descendant of enslaved Africans – his biggest failure and ultimate disgrace was authorising the British Government’s refusal to apologise for slavery.

This was a move that most Black people in Britain saw as grievous disrespect and one which we cannot ever forgive or forget. Indeed, I would argue that this decision has continued the intergenerational racialised trauma faced by descendants of the enslaved people and one which has given absolute legitimacy to institutionalised and structural racism in this country.

At the time I was chair of the 1990 Trust (a high profile anti-racist and human rights) body and a significant number of our team and networks attended the conference in Durban).

We were shocked by the absolute depth of resistance of the British Government to giving an apology.

While some other European nations wanted to apologise, Britain joined the Netherlands, Spain and Portugal and proposed only to express “regret” about the slave trade, without any specific recognition of responsibility.

Britain’s decision completely disregarded the loud calls for reparations from Commonwealth countries and its own black citizens.

Why is marking this day important? For me, the World Conference Against Racism was a wake-up call to Britain and a sign that many other European powers are not prepared to turn their eyes away from a global atrocity indefinitely. More importantly, the conference sparked a moment when Africans from all over the world, representing all forms of activism, came together and forged alliances which are now bearing fruit two decades on.

Indeed, Jamaica has put a price tag on slavery and has sent the British government the bill. State officials of
the Caribbean nation said they’re asking Great Britain to pay $10.6 billion (USD) in reparations.

And the calls for the apology and for reparations have not lessened – in fact they have increased. Out of the Durban conference has arisen a healthy convergence between the consciousness emerging from the Black Lives Matter movements, Pan-Africanist thought, and countries extricating themselves from colonial powers.

The recent announcement by Barbados of its intention to remove Queen Elizabeth as its head of state and become a
republic no doubt presages its own claim for reparations. In the U.S, Congresswoman Sheila Jackson-Lee has pushed a bill to form a commission to study reparations for African- American victims of the transatlantic slave trade.

In this country, amidst the furore about statues, street names and so called ‘stately homes’, there is a subliminal argument being posed by those who oppose Britain apologising for the transatlantic slave trade and making reparations for it. “It was a long time ago get over it – after all David you were never a slave”. What hypocrisy!
Reparations have already been paid for the slave trade – but only to the descendants of the White ‘Slave Owners’!

The fact is that the British government borrowed £20 million from the taxpayer – which amounted to a massive 40 percent of the Treasury’s annual income or about 5 percent of British GDP, to hand to the enslavers.

The loan was one the largest in history.

It was only in 2015 that, according to the Treasury, British taxpayers (including you and I – the victims of this evil so-called trade) finished ‘paying off’ the debt. In short, we have suffered the compound insult of not only being told by our government that we are not worthy of an apology – we as descendants of our enslaved ancestors have been paying off a debt used to compensate the people who kidnapped, raped, murdered and brutalised my family members just four generations ago.

History teaches many lessons; but it is up to us whether we dismiss them or fashion them into powerful arguments for righting past injustices.

Britain is sadly mistaken if it views Durban as settling its account on the slave trade.

It must now reconcile its past with a futureburgeoning with demands from Africans at home and abroad for an apology and reparations.But it will only happen if we ‘do for self’ – and recognise our responsibility to bequeath tofuture generations a society better than we found it.

Central to this has to be ensuring thatwe use our political leverage – including our voting power – to ensure that we, our childrenand children’s children receive the dignity of an apology for the most heinous violation ofhuman rights ever.

That apology will only ring true if backed by hard currency that is commensurate with the scale of funds needed to build strong Black communities.

It’s the least Britain can do in recognising the suffering and the courage of our ancestors.
Add Comment