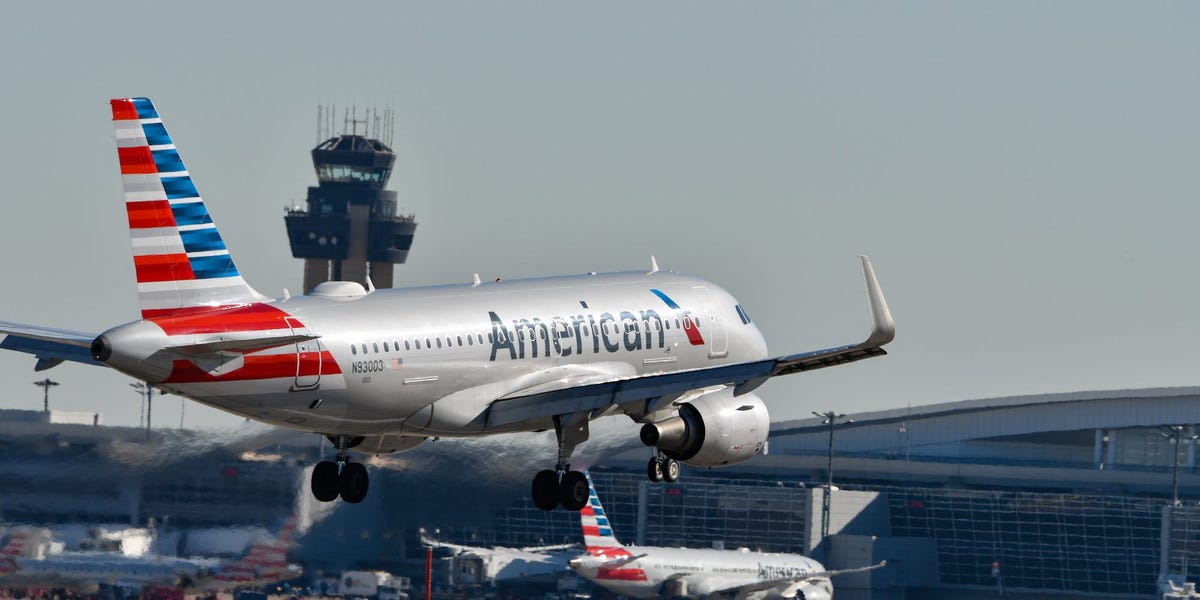 American Airlines has canceled hundreds of flights scheduled for the weekend and Monday due to staffing shortages, including employees out sick, as well as maintenance issues, ABC News reported Sunday.

The company canceled 123 flights scheduled for Saturday, 178 for Sunday, and 97 for Monday, mostly involving Airbus A320 and Boeing 737 aircraft, according to ABC.

"We made targeted changes with the goal of impacting the fewest number of customers by adjusting flights in markets where we have multiple options for re-accommodation," American Airlines spokesperson Sarah Jantz told Insider.

"The first few weeks of June have brought unprecedented weather to our largest hubs, heavily impacting our operation and causing delays, canceled flights and disruptions to crew member schedules and our customers' plans," Jantz added.

American, the world's largest airline, said it also may continue to cancel at least 50 to 60 flights per day during the remainder of June and 50 to 80 flights per day in July, but that it will try to notify customers far ahead of their scheduled flight, according to ABC.

"Labor shortages some of our vendors are contending with and the incredibly quick ramp up of customer demand, has led us to build in additional resilience and certainty to our operation by adjusting a fraction of our scheduled flying through mid-July," Jantz told Insider.

American's flight cancellations and schedule changes come amid a surge in travel as vaccine rates slowly rise and people become more comfortable getting on planes, causing staffing shortages at a number of major airlines and the TSA.

They also follow American's decision to cut 30% of its support and management staff, around 1,500 workers, which the company followed by asking employees at its corporate headquarters in Dallas to volunteer to work shifts at nearby Dallas-Fort Worth International Airport.

Jantz said those cuts did not include pilots and were not connected to the recent strain on American's operations.

On June 13, the TSA recorded more than 2 million people going through airport security across the US — the largest number of screenings since the pandemic started.
#vaccine
Add Comment