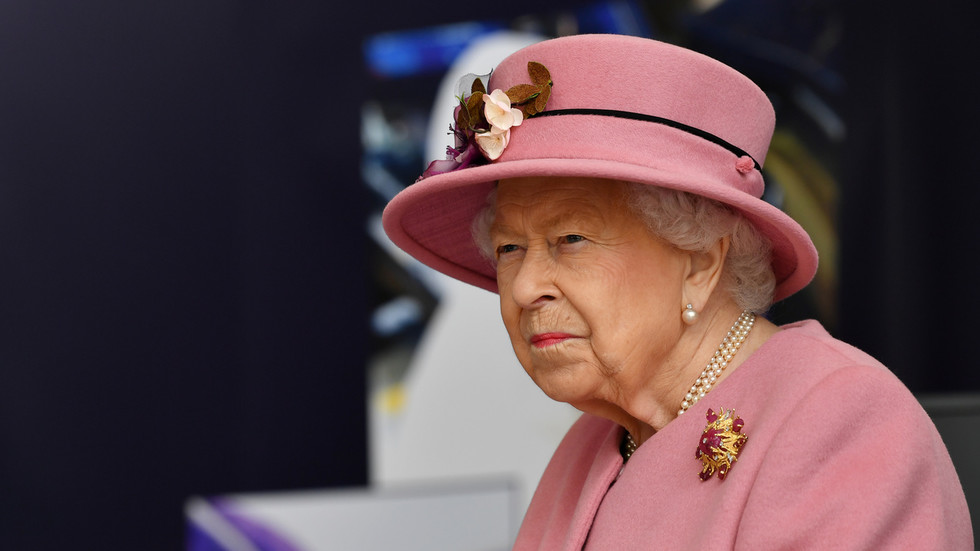 ‘America! You can’t even choose a president without ending up in court… now’s the time for you to come back home to Britain’

The UK is crashing out of Europe, and the US looks to be heading for civil war. There’s an obvious solution: reconciliation. Here’s an idea of how the Queen may be looking at things as she views proceedings from Buckingham Palace.

America! You've been very, very naughty boys and girls. Throwing all that tea into the harbour at Boston… that wasn’t very civil of you, was it? It just wasn’t cricket. You didn’t even bring any cream and sugar.

Then, by golly, you just declared your independence and walked away. I mean, really, how very impolite.

But we – the royal ‘we’ that is – forgive you. That was almost 250 years ago now. Let bygones be bygones. Why don’t you come home to Britain? Come back to the Motherland!

No? Well, just look at the mess you’ve got yourselves into on your own, hmmm? You can’t even count. That’s what your orange-faced president says, anyway, and half of you seem to believe every word he says.

There are now over 330 million of you American souls. Yet your choice for leader boiled down to two elderly gentlemen screaming at each other across TV studios and the internet. Now it’s all set to become a two-month-long courtroom drama.

Was this really the best you could do?

Last time out, you picked a dodgy businessman turned reality TV show star whose only gift seems to be his ability to sell you absolutely anything while he screams his way across the world stage. This chubby chap could drop his trousers live on air in a boxing ring, yet still could count on the vote of half the country.

And the other half?

You chose an old chap called Joe who can barely remember his own name, the perfect American to step into the ring and take Mr Trump on in a fist fight. No matter that you need to spin him around to make sure he’s facing the right direction.

One can hear the shouts from the blue corner: “Hey Joe! Joe! He’s over there! The guy with the orange face and silly hairdo! Yeah, that's him! Use your ears, he doesn't stop talking! Jab jab! Duck! Jab!”

And this Trump character, the one in the red corner, the chap who just cannot stop tweeting, even when it’s in his own best interest to do so… is he the world's first-ever 74-year-old teenager?

One has just been reading on the internet that he is taking various states to court to try to stop people counting votes. Yet presumably he would allow through any which have HIS name on them? How very, very strange. And if Mr. Biden wins this imminent court case to be president, he will be 78 when he takes office.

Well, jolly good. He'll be perfectly comfortable, there, because your congress seems to be like a retirement home. Many of your politicians have actually been around long enough to remember the Declaration of Independence, and that was in 1776.

I’m told your Republican leader of the Senate, Mitch McConnell, is 78. And the Democrat leader of the House, Nancy Pelosi, is 80. Yet you all just voted them in again. And some of the other people you voted for on Tuesday? They won’t leave office until they’re over 90. Remarkable.

You wonder why it’s so hard to bring about change in Washington? Have you ever tried to change your grandpa or grandma’s mind over anything? They're just stuck in their ways. And I should know. I’m 94, after all.

I also hear you have an unusual system that really does allow the horse that comes in second to win. Like Donald Trump did last time, and might yet still do this time. And like George W. Bush did over Al Gore 20 years ago. This race to be president, it's not exactly Royal Ascot, is it? There are only two horses!

It should be so much simpler, let me guide you: there’s a pile of blue votes here, and a pile of red votes over there. Which one is taller? That’s your winner.

But you can't change anything because the system won’t let you. It’s all written down on a piece of paper called ‘the Constitution’, and I’m told it’s actually easier to rewrite the Bible than the Constitution.

So, America, I have a simple message for you. Cancel the court case, rip up your Constitution, stop this silliness and just come home. If one was your Queen, one would sit Donald and Joe down in Buckingham Palace and have one's butler pour us all a nice cup of tea.

What a lovely chat we could have. “Joe! Hey Joe! Over here. This way! The Queen, yes. Liz. The woman with the shiny crown on her head. And no Donald, I know you like everything to be painted gold, but you can't be King. Can you just be quiet for a moment please, dear? One can't hear oneself think…”

On a more serious note, can I take this opportunity to thank you, the good people of America. Thank you for restoring Britons’ faith in ourselves, our ability to adapt and change, and reinforcing the smug superiority and belief in our greater intelligence that we have always felt over our American brethren.

To tell you the truth, it’s been difficult to feel superior since Brexit, and especially since Boris took the helm. But let's not talk about him, not yet. Our next general election is 2024, the same year as yours. That should be fun. Anyway, before you return, we must really talk about your language.

It’s the English language. Yes, English. Why do you have such an issue with the letter ‘u’? It’s colour not color, flavour not flavor. One goes on holiday not vacation, and it’s football not soccer – the foot, you see, it's used to kick the ball. Your game of football mostly involves the hands. Just saying.

A. Einstein 25 days ago
Ma’am that is a truly generous and magnanimous offer from you to welcome America back to the fold and to teach them to speak and spell properly. I regret to inform you that your idea of a cosy tea at Buckingham Palace is unlikely to happen. Donald Trump is moving to Russia to take over the presidency from Vladimir Putin who will be resigning due to health issues. Trump is of German ancestry and Germans have ruled Russia in the past, as you well know. Just have tea with Joe and BoJo. Pass me the milk please.

Lakshmi 26 days ago
Superb article. Laughed non- stop. An article that has to be saved and read several times.
View all comments (2)Add comment