More than 1,000 ambulance staff are striking across Wales on Thursday in a dispute over pay and conditions.

It is the first day of action by the Unite union and follows two days of GMB walk-outs.

Unite want a cost of living salary rise and said a Welsh government offer of a one-off payment would not stop strike action.

Ministers said they understood workers' frustrations and called on people to minimise pressure on the NHS.

Unite, which represents about a quarter of Wales' ambulance workers, said it will provide so-called "life and limb" emergency care but wants talks to move faster.

She said: "They see first-hand how our NHS is collapsing. A decent consolidated pay increase is the only way to improve NHS recruitment and relieve the crippling pressure on our ambulance services.

"The recent proposal from the Welsh government of a one-off payment simply does not cut it." 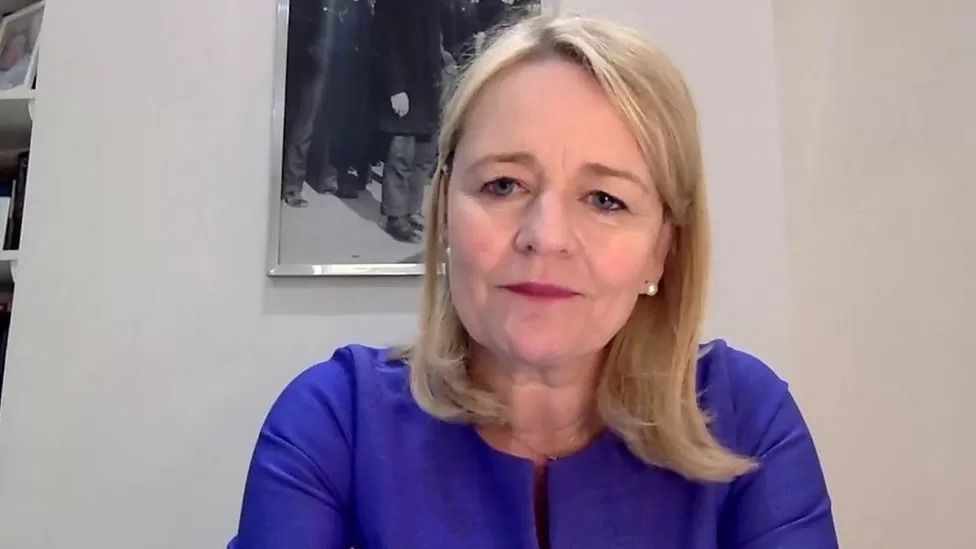 General secretary Sharon Graham said NHS staffing problems were making her members' jobs difficult
She insisted the only way to prevent further strikes was for the Welsh government to offer a cost of living salary increase.

Unite has a second 24-hour strike planned for Monday, 23 January.

Ambulance crews, control-room staff and others in Wales will picket on Thursday, but next week colleagues in England will also take action.

Pressure is increasing on the Welsh and UK governments, with NHS unions planning to take further action next month.

The GMB has unveiled fresh strikes in February and March. 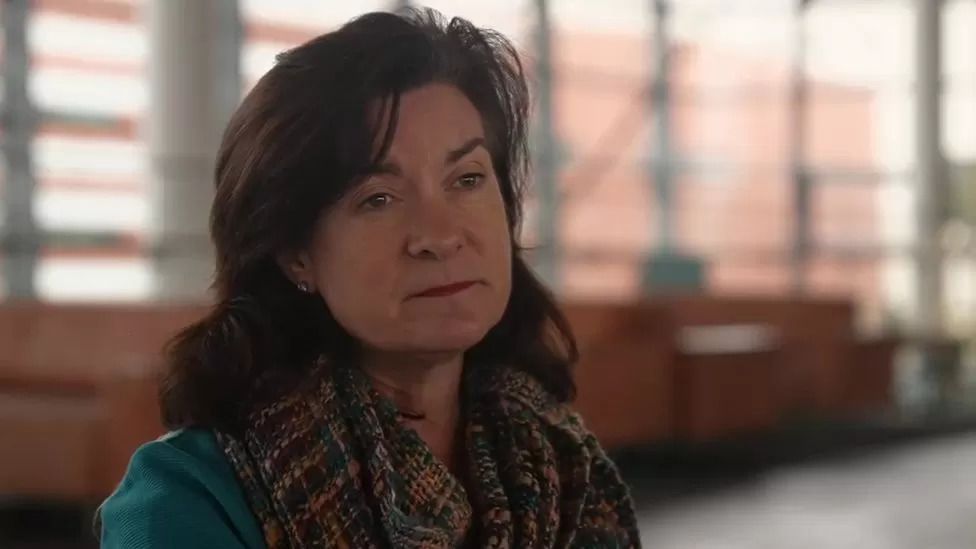 The first, on 6 February, will coincide with a walkout by thousands of nurses from the Royal College of Nursing.

He said: "Devaluing pay every year while ambulance service staff are faced with more and more pressure has resulted in the current strike action."

He urged the Welsh and UK governments to take the matter seriously.

"We accept that the Welsh government has a desire to resolve this dispute but their current proposals are clearly not enough," he added. 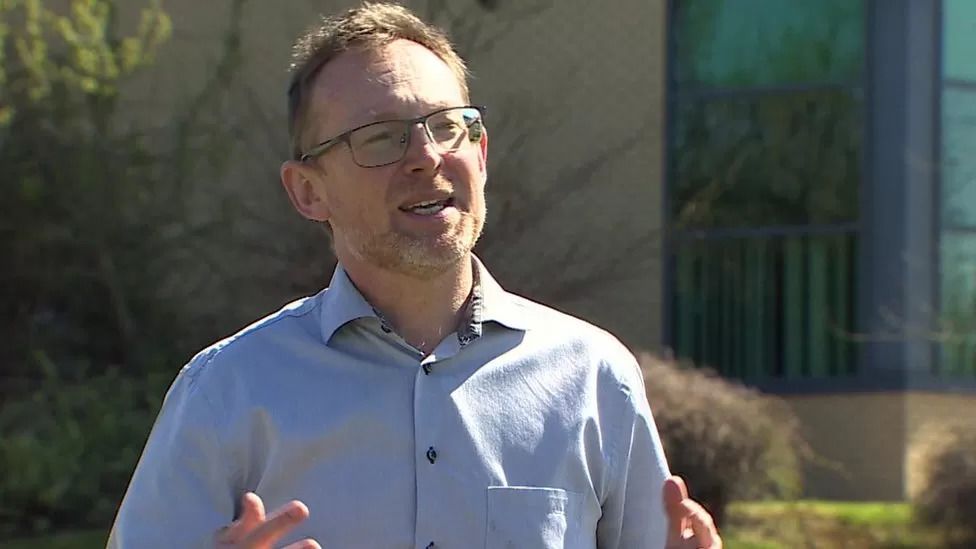 The Welsh government insisted it understood the anger of public sector workers.

"We will continue to work with the NHS, unions and partners to ensure life-saving and life-maintaining care is provided during the industrial action, patient safety is maintained and disruption is minimised," a spokesman said.

"Patients cannot be allowed to suffer with our public services at a standstill and staff cannot be expected to burn out because Labour ministers cannot get their act together," he said.

"It's up to government now to avert future strikes by putting a deal on the table that can put the NHS on a firmer foundation for the future," he said. 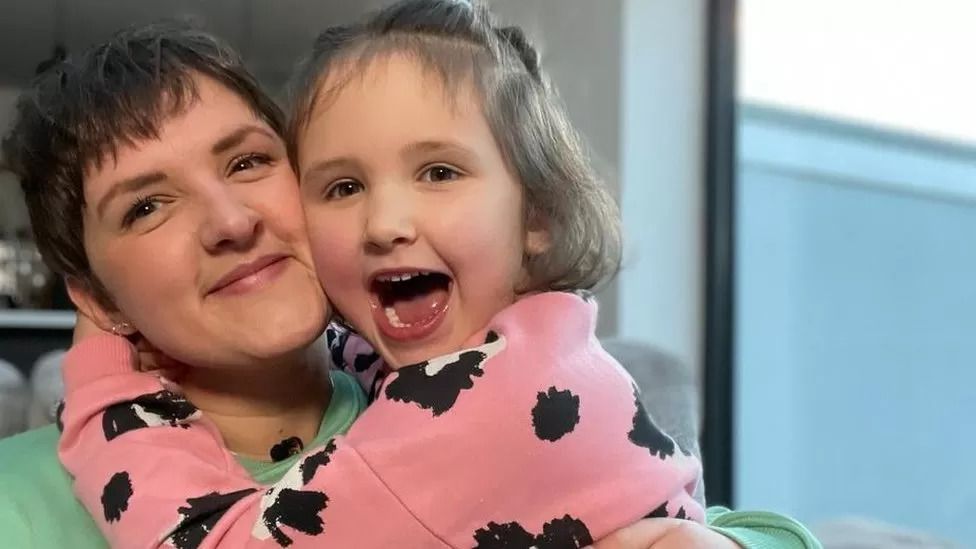 The situation with ambulance availability means parents are thinking twice about what activities they do with their children.

When Niamh, five, had a seizure as she practised gymnastics, her mum knew she had no choice but to dial 999.

Victoria Andrews was watching her daughter on the bars when her lips turned blue and she began staring into the distance and slipping off the apparatus.

"I managed to grab hold of her and as she went to the ground I could see that her jaw had started to lock, she started to convulse and to have a seizure," Ms Andrews said.

"She went into a full-on convulsion," Ms Andrews said.

On calling 999 the mum-of-one asked when an ambulance might arrive. The operator did not know.

Ms Andrews put Niamh in the recovery position and stayed on the line until Niamh stopped convulsing. 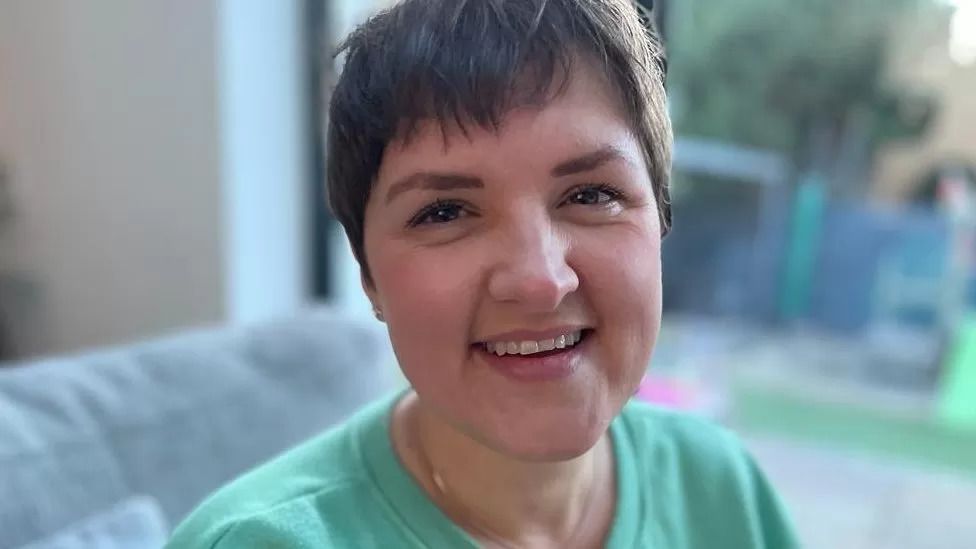 Ms Andrews said: "I asked if it would be quicker if we drove ourselves. At this time Niamh was still lying on the floor, still completely out of it."

She and a friend rushed her to hospital, with Ms Andrews dubbing the experience "debilitating".

The 37-year-old said: "When your child is unwell, and something is happening to them that is completely out of your control, and that you know would normally need medical assistance, it's got to be the worst thing in the world.

"I've never felt stomach-churning like that. You're so out of your depth."

Ms Andrews knew when she dialled 999 they could be waiting for a long time.

But not getting an estimated time of arrival made it even more difficult.

"It's hard knowing when you make that phone call there's a chance that they won't be able to respond to you," she said.

It made life "that little bit more scary".

Ms Andrews said: "I avoid certain activities knowing there's a good chance something might happen and you may have to bundle your child into the car, or take them in [to hospital] yourself in a situation you never, ever want to be in."