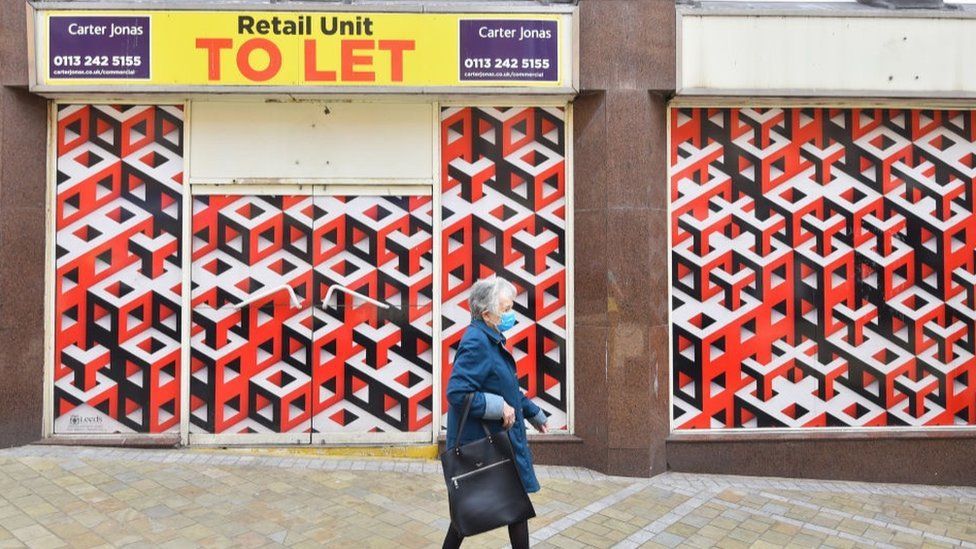 That is an average of nearly 50 outlets a day as the impact of the pandemic and changing shopping habits continue to hit many towns and city centres.

But despite some high-profile retail failures, the number of closures has fallen compared with a year earlier.

City centres have suffered the worst, while retail parks are faring better.

The store closure figures were collected by the Local Data Company on behalf of accountancy firm PwC.

"After an acceleration in store closures last year couple with last minute Christmas tier restrictions and lockdowns extending into 2021, we might have expected a higher number of store closures this year," says Lisa Hooker, consumer markets lead at PwC.

She believes continued government support combined with resilient consumer spending has helped many operators weather the storm and survive the pandemic.

The Local Data Company tracked more than 200,000 stores operated by businesses with more five outlets across Great Britain. These include everything from retail and restaurants, to cafes, banks and gyms.

As the chart below shows, although 3,488 stores opened in the first six months of 2021 the closures were far greater. A total of 8,739 shops shut creating a net decline of 5,251 outlets - a huge number, but 750 less than this time last year. 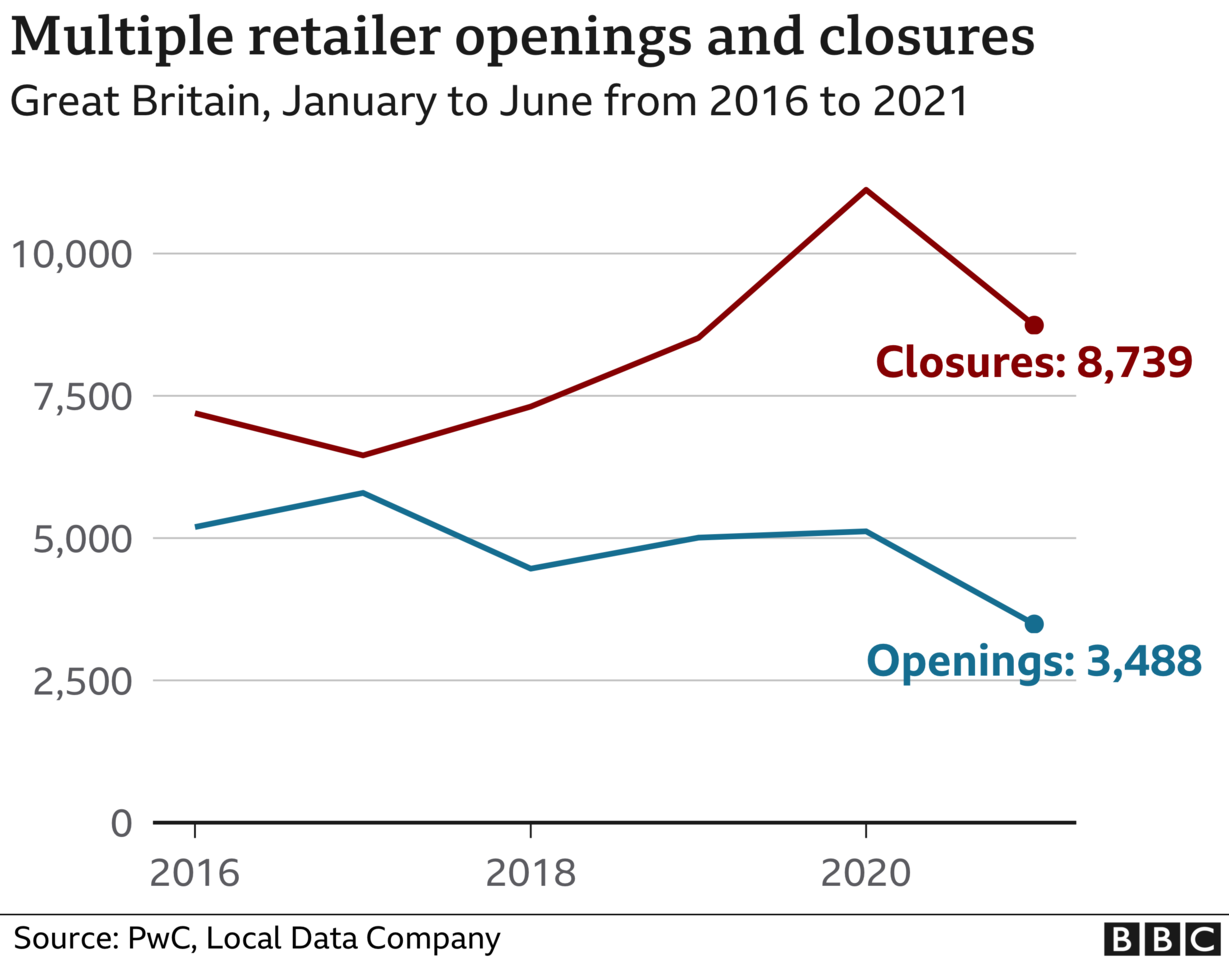 Fashion retailers recorded the biggest decline reflecting the collapse of Sir Philip Green's retail empire which saw his brands, including TopShop and Dorothy Perkins, disappear from the High Street.

There was also a decline in car showrooms, betting shops and banks, providing yet more evidence of changing shopping behaviour and the shift to online.

Data also shows that store openings were at their lowest level for six years. Leisure dominated the growth with takeaway chains leading the way. 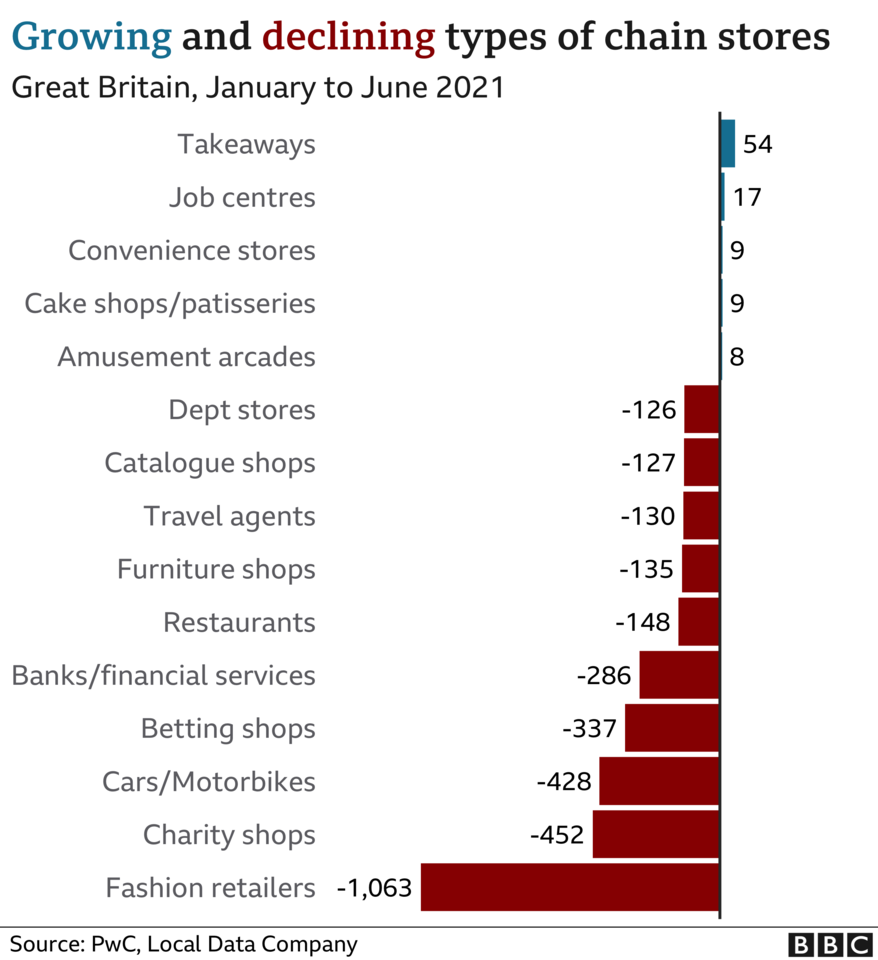 And it is city centres that are still suffering the most, declining faster than suburban areas which are being supported by people working from home.

London, for instance, has gone from being the best performing region in 2016 to the worst for two years running.

Retail parks have fared best of all. Many are anchored by supermarkets, DIY and furniture retailers which have all done well during the pandemic.

Footfall at these sites is almost back to pre-pandemic levels, showing how shoppers seem happier to drive to bigger shops than visit High Streets and shopping centres in towns. 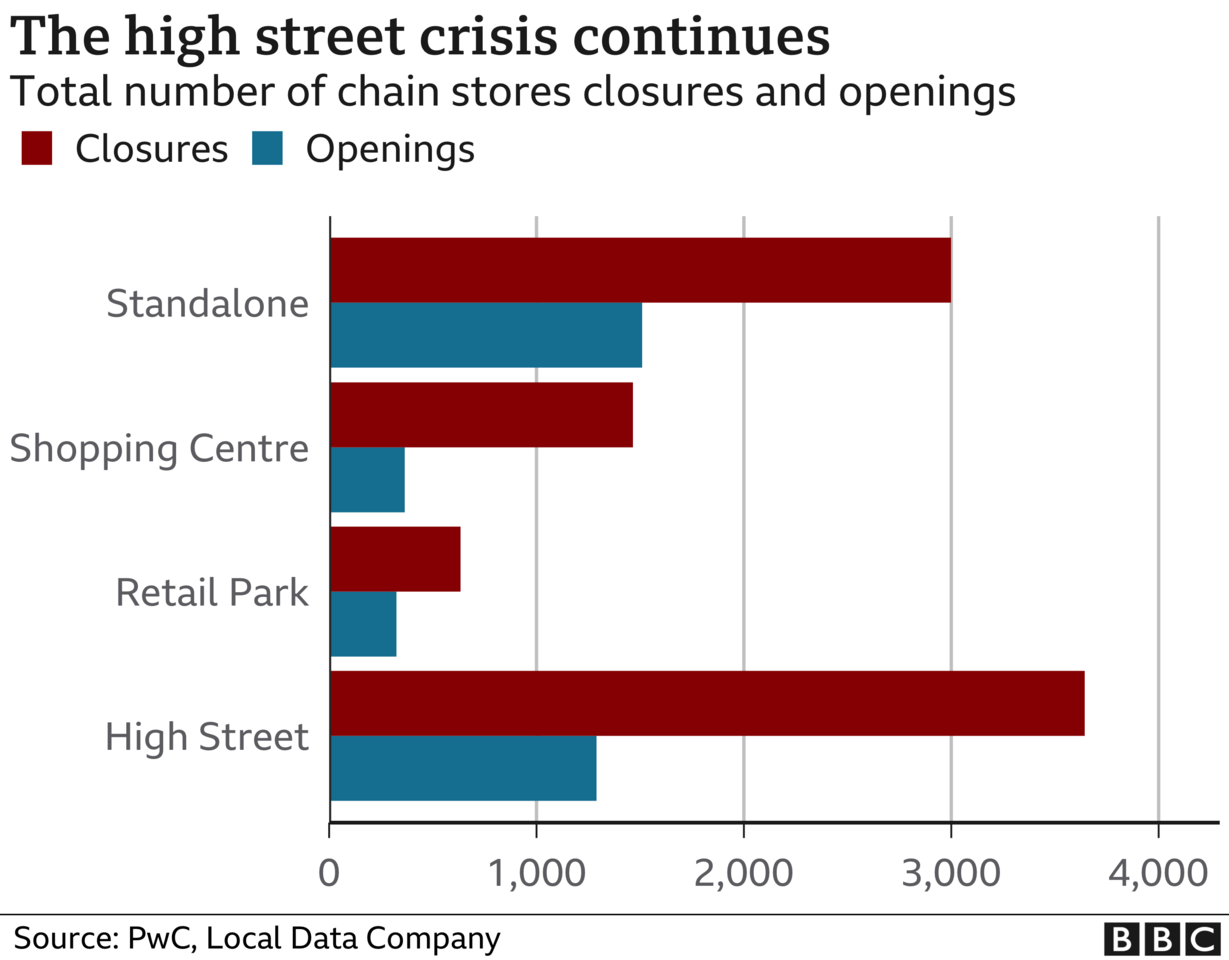 However, there is still an appetite for new space on the High Street.

Gail's Bakery has just opened a new outlet in Kew, a suburb in south west London, in what was once a branch of Barclays bank. The chain has opened four bakeries during the pandemic, seizing the opportunity to take advantage of cheaper rents and a change in consumer behaviour. 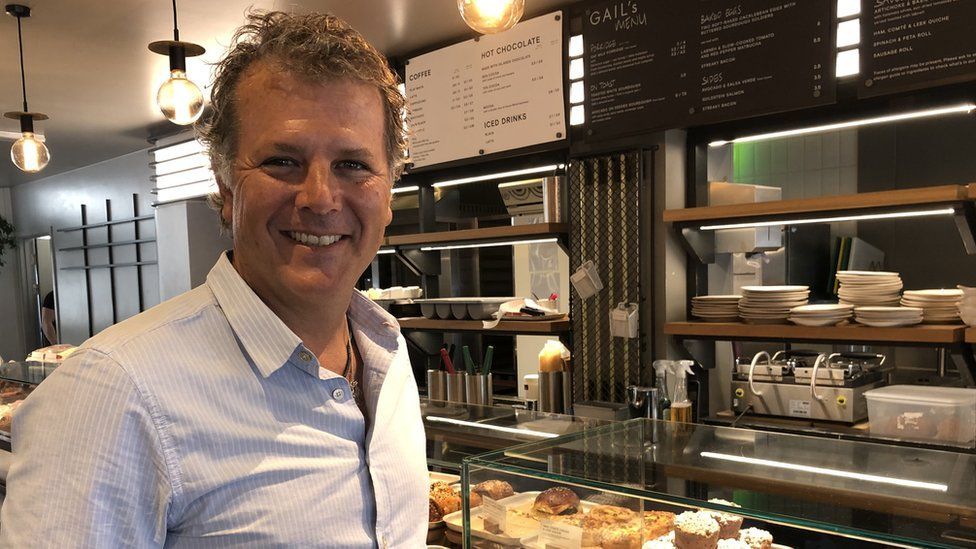 "I definitely think people are eating better food more often and more often at home and I think that's a great trend for us," says co-founder and chief executive, Tom Molnar. "Instead of using Gail's as a treat, they're using it more as a staple,

"When rents go down, more creative-based businesses can survive... I do have some confidence that new ideas will come in [to the High Street]," he says.

So is the worst now over from the turmoil of the last few years?

These latest closures follows the loss of more than 17,500 chain outlets last year.

"There are promising signs that the speed of the decline we were tracking across the worst of the pandemic is slowing," says Lucy Stainton, head of retail and strategic partnerships at the Local Data Company.

"That being said, the compound impact of multiple lockdowns can't be ignored and whilst a slowdown in store closures is certainly welcome, the volume of empty units across Great Britain is at a record high with no sign that the demand will ever be there to meet the supply."

The next six months will be make or break for many chains, according to PwC's Lisa Hooker.

"Operators are far from out of the woods... particularly with the reinstatement of full business rates for all but the smallest operators, the winding-down of furlough support and agreement yet to be reached between many operators and landlords on rent arrears, " she says.

"But the good news is that there are some green shoots of optimism. Consumers still want a shopping experience and a number of chain stores and restaurants are opening."