Nearly 60% of Americans disapprove of President Biden’s job performance, the lowest rating of any modern president and an ominous sign for his fellow Democrats approaching the midterm congressional elections, a new poll reveals.

The Democrat’s approval sunk to a new low of 38% in the latest Gallup survey, released Friday based on surveys done from July 5-26.

A record high 59% of respondents disapproved of Biden’s record in office.

How bad has it gotten for Biden? Gallup says the average approval rate during his first six quarters in the oval office was a historic low of 40% — worse than the 42% recorded by ex-Presidents Jimmy Carter and Donald Trump, who is weighing another bid for the White House after losing re-election to Biden in 2020.

“Democrats were already facing a tough environment in this fall’s midterms as they seek to retain their narrow majorities in the U.S. House of Representatives and Senate. Biden’s now weaker approval makes their odds of doing so even steeper,” Gallup’s Jeffrey Jones said in an analysis of the findings. 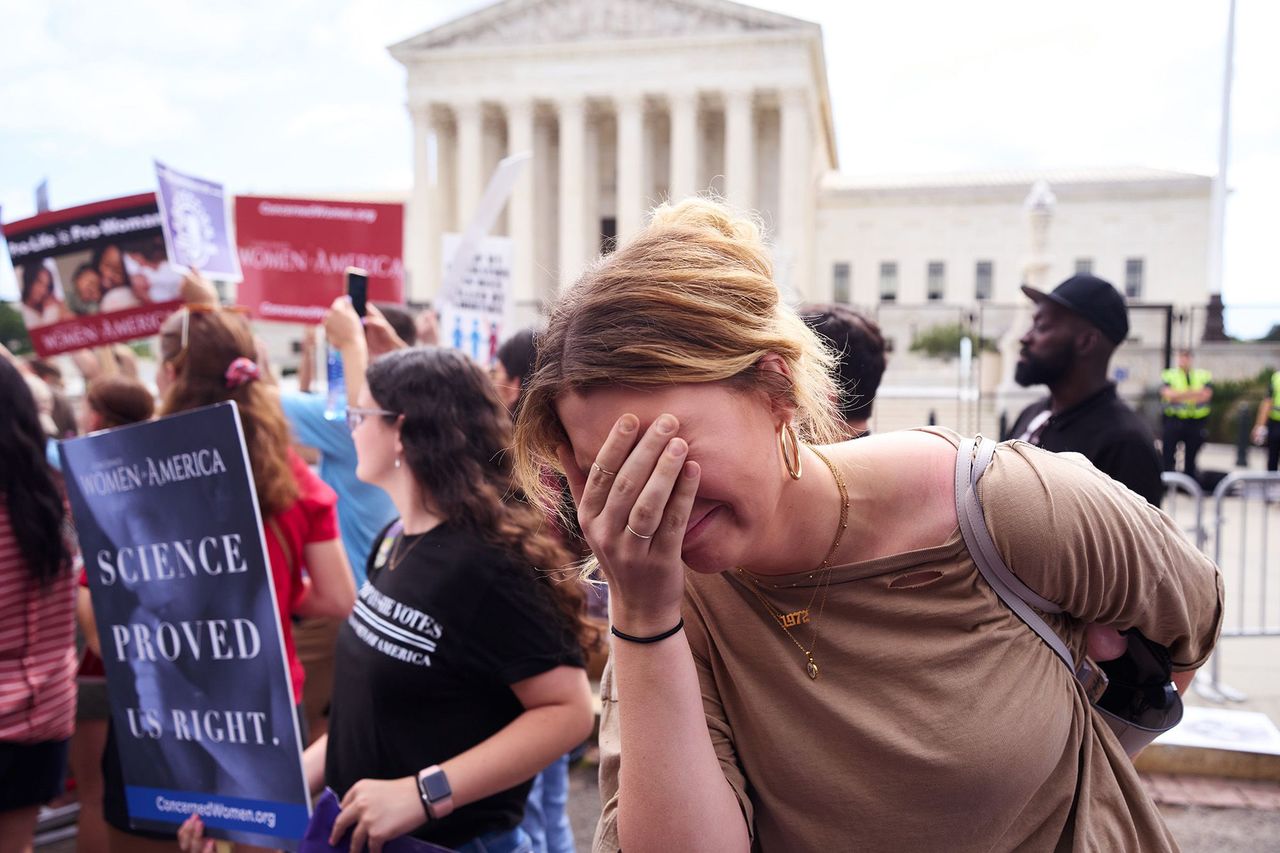 Democrats are hoping that Republicans’ actions on abortion could help them maintain their majorities.

Biden’s honeymoon period came to an end when his approval rating dropped to 50% amid a surge in U.S. coronavirus cases last year, the analysis noted.

“Since then, his public support has eroded after the chaotic U.S. withdrawal from Afghanistan, the highest inflation in four decades, record-high gas prices and continuing supply chain issues,” Gallup’s Jones said.

Democrats hope that backlash against the Supreme Court’s recent conservative rulings on abortion, gun control and environmental protection could help neutralize the headwinds they face as the party in power when when Americans are dissatisfied with the direction of the country.

Equally problematic for the president is that the people who oppose Biden really dislike him while respondents’ support of him is more lukewarm than passionate.

Nearly half of Americans — 45% — strongly disapprove of Biden’s performance, compared with 13% who strongly approve.

Only 31% of registered independents or unaffiliated residents approve of Biden, a new low for him.

In this partisan era, 87% of Republicans strongly disapprove of Biden — the worst rating for a president registered by voters of the opposition party.

The Gallup poll queried 1,013 Americans from July 5-26 and has a margin of error of plus or minus 4 percentage points.