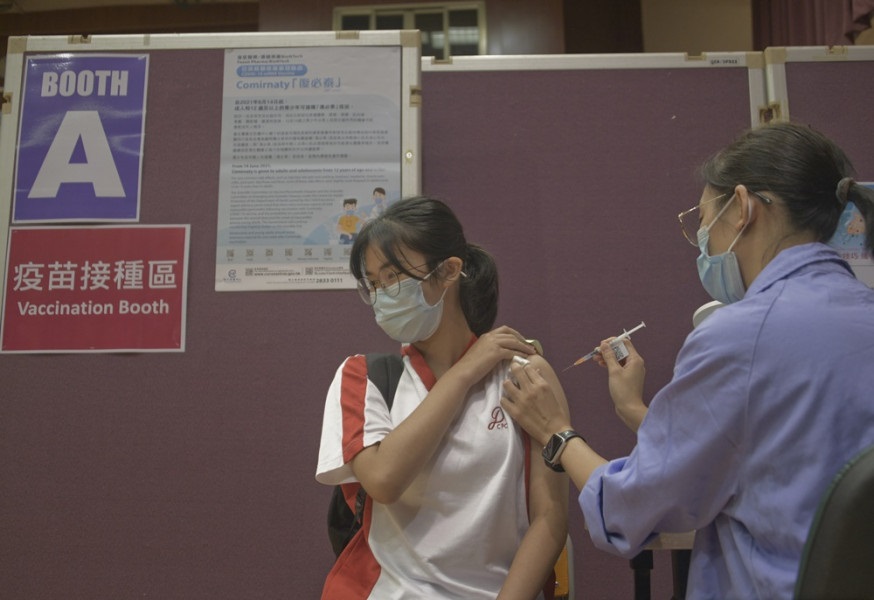 All schools to reveal vaccination status by the end of July

The Education Bureau on Friday requested all schools in the city to reveal their vaccination status by July 28, saying the information will only be used to answer lawmakers' inquiries.

Yesterday the bureau sent a letter to all primary and secondary schools, as well as kindergartens, requesting them to reveal vaccination status.

The letter pointed out that lawmakers inquired about the vaccination status of all students and teachers in the city on July 2, in a meeting of the Panel on Education under the Legislative Council.

Schools were requested to make their replies no later than July 28, regarding the vaccination status of teachers, workers and students who aged above 12 in the school.

However in the appendix, it said schools should disclose the data on a voluntary basis, and the data will only be used to answer lawmakers' inquiries.

Earlier lawmakers from the pro-Beijing camp urged the bureau to collect data about vaccination status of schools, and to ask schools to report vaccination figures every week.

Secretary for Education Kevin Yeung Yun-hung at that time said the government won't force teachers and students to get the vaccines. He added the government must respect the education sector even if it holds different opinions on vaccination, and schools needed not to report figures to the government regularly for the moment.
#vaccines
Add Comment