However, Alex Belfield was found not guilty of stalking four other people he was accused of targeting.

Belfield, who now runs a YouTube channel called The Voice of Reason, told jurors he had legitimate reasons for his online communications.

The 42-year-old, from Nottingham, is due to be sentenced on 16 September and has been warned he could be jailed.

Belfield was not accused of physically stalking the complainants, who were mostly current or former BBC staff.

Instead, he made YouTube videos about them, posted messages on social media, and sent emails either to them or about them. 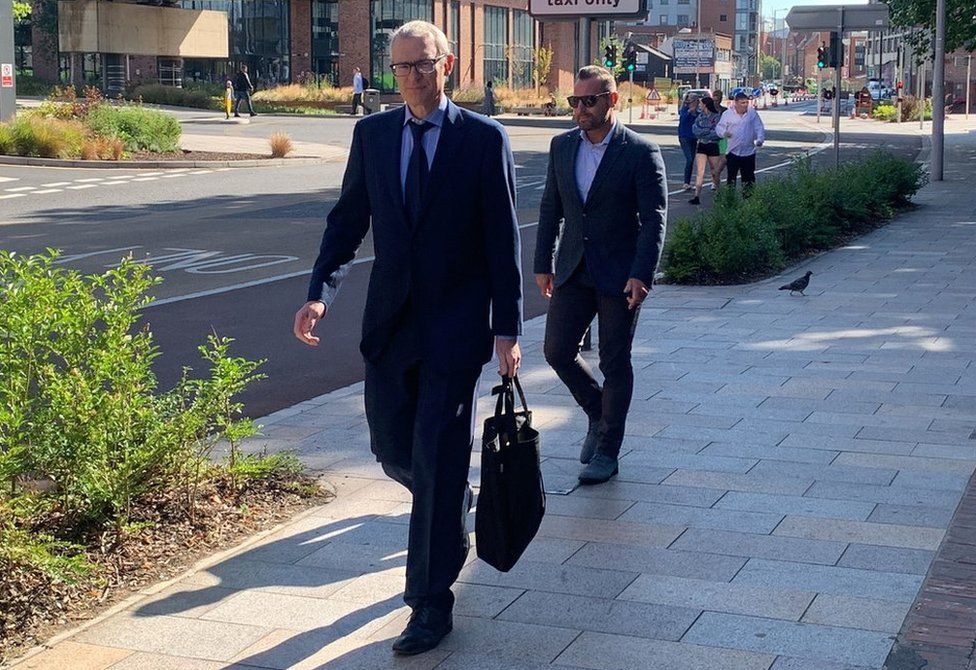 In his closing speech to jurors at Nottingham Crown Court, Belfield said he had a right to freedom of speech, and some of the communications were in his role as a journalist, holding the BBC to account.

The full wording of the charges stated that he "pursued a course of conduct that amounted to harassment" of the complainants, which "amounted to stalking" and caused them "serious alarm or distress".

He was found guilty of this offence in relation to only two of the complainants - BBC Radio Northampton presenter Bernie Spedding, who is known as Bernie Keith, and videographer Ben Hewis.

In relation to Jeremy Vine and theatre blogger Philip Dehany, he was found guilty of two lesser offences of "simple" stalking, which does not require serious alarm or distress to be proved.

The verdicts in relation to each complainant were:


7. Philip Dehany - not guilty to the charge on the indictment but guilty of the alternative charge of "simple" stalking (majority verdict)


8. Jeremy Vine - not guilty to the charge on the indictment but guilty of the alternative charge of "simple" stalking (unanimous verdict)

Giving evidence to the trial, Mr Vine described Belfield's behaviour as "like an avalanche of hatred you get hit by", and "absolutely Olympic-level stalking, even for broadcasting".

Mr Spedding, the trial heard, was left feeling suicidal by a "tsunami of hate" from Belfield.

"My initial reaction [to the stalking] was 'He's gone mad'," Mr Spedding told the trial.

"You can't work out how it's happened." 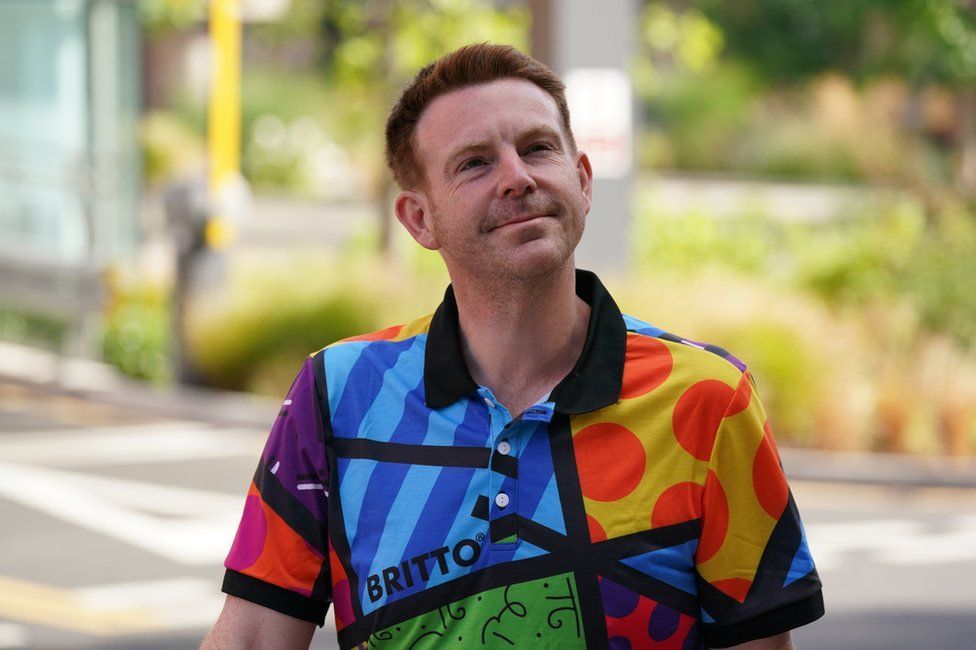 Mr Spedding said Belfield's YouTube videos, emails and social media messages had included highly abusive language and a threat to "hound you for the rest of your life".

"This was the darkest point of my life because there was no end to it. I pleaded with him [Belfield] to stop. I had gone to the police to make it stop and it was just getting worse.

"I will never be able to work out why it has happened to me."

He and Belfield had known each other through work, the trial heard, but Belfield had never met the other three men he was convicted of stalking. 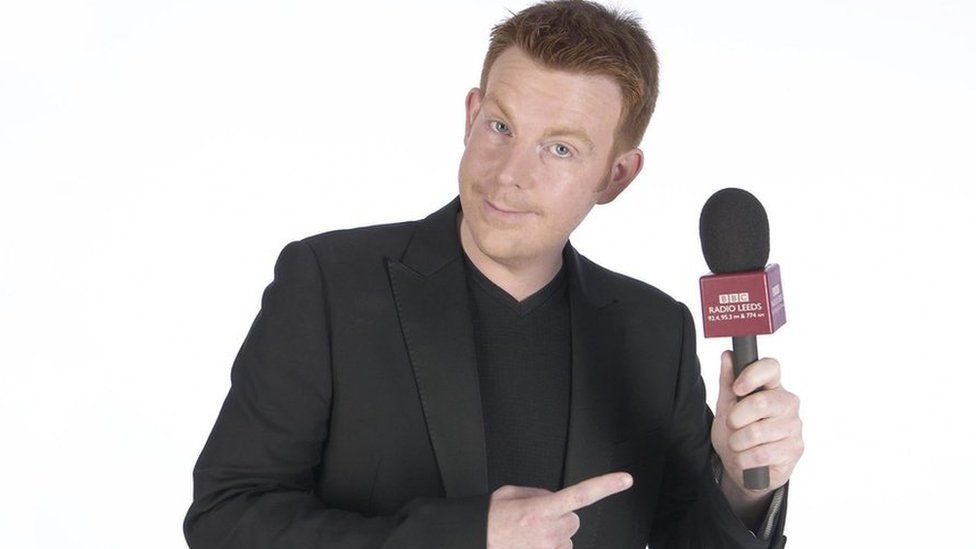 Mr Belfield was previously a presenter at BBC Radio Leeds

The opening of the trial heard that Belfield had been a presenter at BBC Radio Leeds, having been given a one-year contract in spring 2010.

One of the complainants was his former colleague, Liz Green, who also presented a show at the radio station. Others were their boss, Rozina Breen, and Ms Breen's boss Helen Thomas.

Stephanie Hirst presented a show at the station after he left, in the same time slot.

Speaking after the verdicts, Sheryl Monk from the Crown Prosecution Service said: "Stalking is a very serious crime that has a severe impact on its victims.

"Alex Belfield's conduct, in the form of messages, broadcasts, insults and threats, left his victims fearful and anxious.

"Throughout this trial, victims and other witnesses have given evidence with dignity and I would like to thank them for their willingness to give evidence.

"Alex Belfield had no qualms about the abuse he handed out, in many cases publicly."

Jurors deliberated for 14 hours and 27 minutes before reaching their verdicts, following a four-week trial that began on 5 July.

The judge, Mr Justice Saini, granted Belfield bail and told him to return to Nottingham Crown Court for sentencing next month.

He warned Belfield he needed to be "extra careful about your online communications" as he adjourned the case.

"There's a good chance of a custodial sentence," he added.