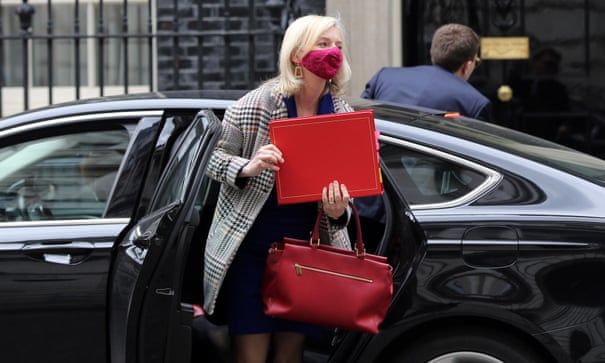 Trade secretary Liz Truss said last week that a deal would be in the best interests of the UK economy and its exporters would benefit from unfettered access to Australian markets.

Until now the most controversial element of the proposed deal has been a plan to scrap tariffs and quotas on Australian agricultural products, including sheep and beef coming into the UK, undercutting British farmers.

The decision to include an investor-state dispute settlement (ISDS) scheme, which allows firms to sue governments when they believe policies have left them out of pocket, could spark even more protests.

ISDS is a system of private courts convened in camera and arbitrated by judges, allowing firms to bypass domestic civil courts. They were originally conceived by western multinationals to protect them against the seizure of their assets in the aftermath of a coup or by rogue states, for example a mine being nationalised without reasonable compensation.

In recent decades they have evolved to include indirect expropriation, by which any government measure that affects the actual or expected profits of a business can be challenged.

Shadow trade minister Emily Thornberry said: “It would be deeply worrying if the government is using the very first post-Brexit trade agreement written from scratch to hand major corporations power to challenge regulations that affect their profits, restricting our ability as a country to introduce new laws to protect the environment, public health, and the rights of workers and consumers.

“It is yet another reason why this proposed trade deal needs proper scrutiny and debate, rather than being rushed through in secret for a signing ceremony at the G7.”

Nick Dearden, the director of Global Justice Now, said the Australian company behind a planned coal mine in Cumbria could sue the government for halting or delaying the project for environmental reasons.

“Right now, the Dutch government is being sued in these courts for daring to phase out coal power, so we know fossil fuel companies won’t hold back,” he said.

The EU planned to include an ISDS in a free trade deal with the US during talks started with president Barak Obama, but was forced to drop the measure after a series of marches and protests across the continent. In 2017 the transatlantic trade and investment partnership, known as TTIP, was put on ice.

Asked in parliament about ISDS in the Australia deal, Hands said: “It is a live negotiation. There will be a chapter on investment. We are huge investors in each other’s markets. I would remind the House that the UK has never lost an ISDS case.”

Dearden said: “Greg Hands confirmed our worst fears - that, just as most countries are moving away from the toxic corporate court system, the British government wants to turbocharge it.

“These courts would allow Australian companies to extract eye-watering payouts from the government for taking action on anything from climate change to workers’ rights, tying the hands of governments for a generation or more.