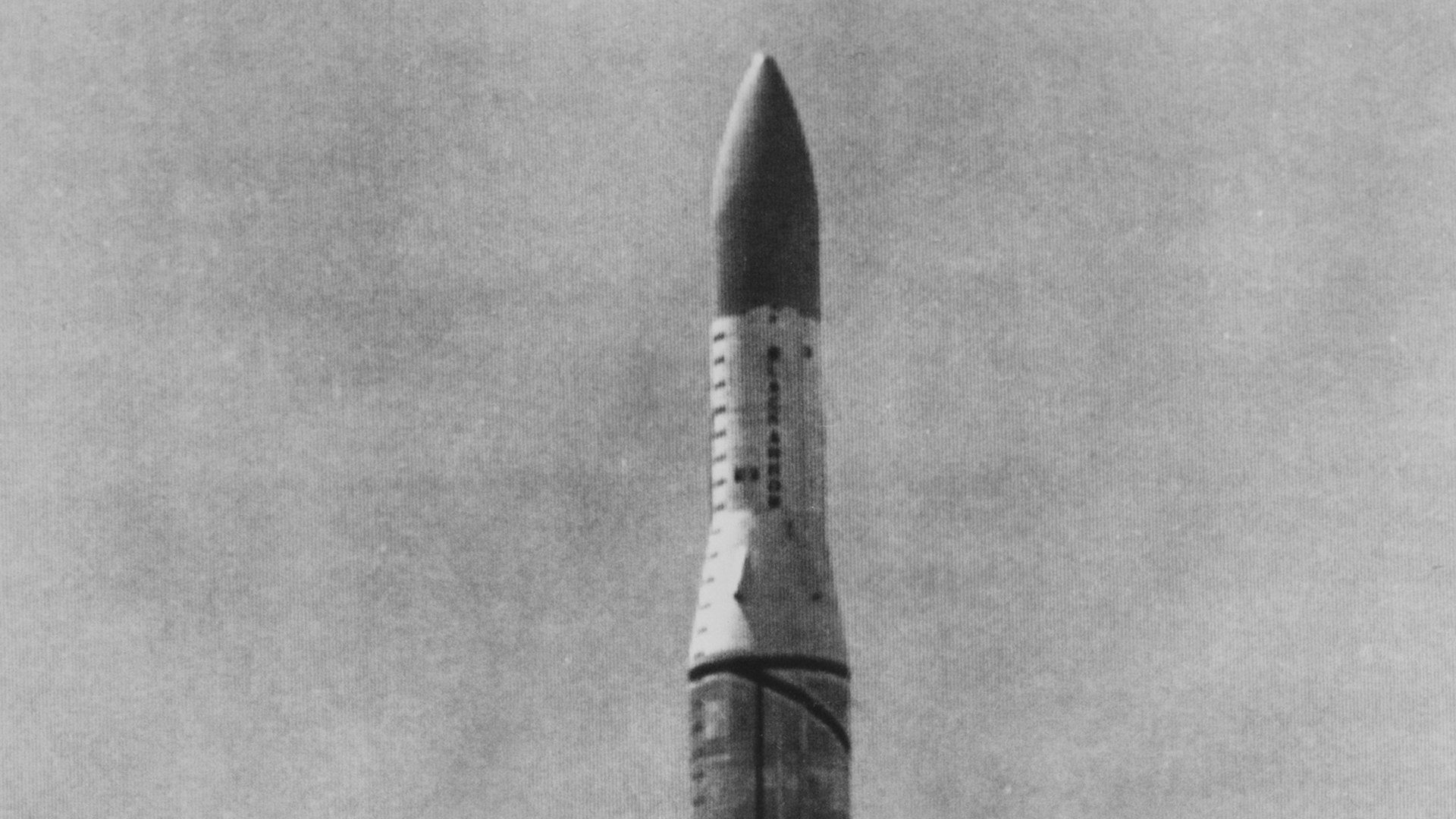 After 50 years, the British space programme is set for re-entry

Half a century after the UK’s ambitions to put a satellite into orbit fizzled out, we could be entering a new era of space flight. So what’s changed to make us shoot for the stars again?

Fifty years ago, the British space programme had a problem.

Through the 1950s and ’60s, while the Soviets and United States traded places at the forefront of the space race, the UK was trying not to lag too far behind. We developed the Black Arrow, a rocket capable of carrying satellites into orbit.

In June 1969, the month before Saturn V blasted man to the moon, Black Arrow was launched for the first time from the Woomera Range Complex in South Australia. It failed and fell back to Earth within a minute. Launch two, a suborbital test in March 1970, was more successful. Launch three in September 1970, another failure.

On July 29 1971, the government announced the cancellation of the Black Arrow programme. However, because the next rocket had already reached the launch site it was given permission to launch. The following October, the Black Arrow carried a satellite into orbit, making us only the sixth nation to do so but also the only country to date that developed the technology and then dispensed with it.

The first stage of this last launch landed on a cattle station. The rusting remains of the rocket, below, weathered by decades of exposure in the outback, was the most symbolic relic of our disappointing record in the space race. But now, half a century later, we’re ready to re-enter. 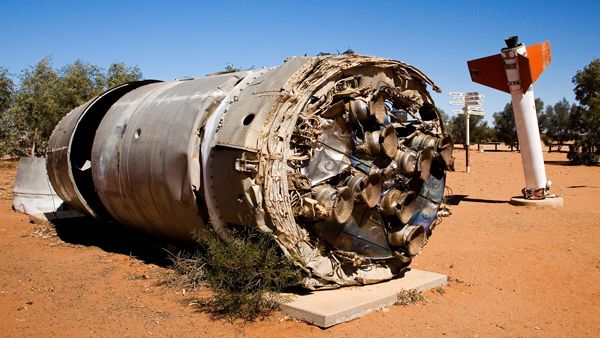 In May this year, Transport Secretary Grant Shapps tested the limits of that office by announcing that rockets will be able to launch from the UK in 2022, with spaceports planned in Cornwall, Scotland and Wales.

“This is a pivotal moment for our spaceflight ambitions,” he said. “We want to be the first country to launch into orbit from Europe.

“The laying of these regulations puts us firmly on track to see the first UK launches take place from 2022, unlocking a new era in commercial spaceflight for all four corners of our nation.”

From the middle of this month, budding space explorers will be able to apply for a licence to launch from UK soil.

So who will apply?

Skyrora is a Scottish-based rocket developer founded in 2017.

“Skyrora aims to help make the UK a launch nation for the first time since the discontinuation of the Black Arrow programme,” says Katie Miller, a project manager at the company.

“The discontinuation of [Black Arrow] sent those playing a role within the UK space race elsewhere, and since then the UK space sector has almost entirely focused on satellite manufacture and development.” 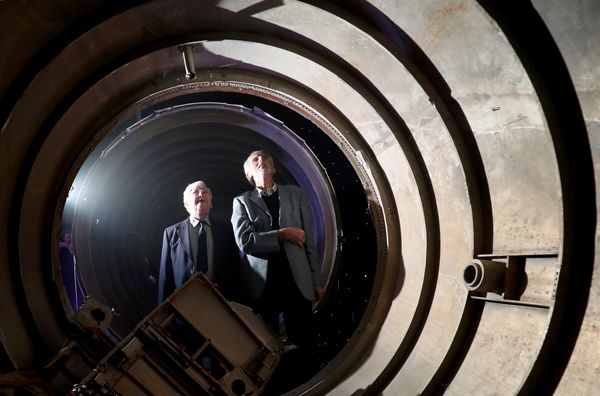 Rocket science Two of the original Black Arrow engineers, Derek Mack and Mike Kelloway, inspect the rocket’s remains after it was returned to the UK in 2019.

Despite this, the space industry is worth an astronomical £13.7bn to the economy. The UK Space Agency’s target is that we capture 10 per cent of the global space market by 2030.

Space exploration is in the news more than ever. Nasa has its sights set on returning to the moon and making it to Mars. Then there are the tech billionaires investing their spare change in a new hobby. Amazon founder Jeff Bezos is due to lift-off this week in the New Shepard (see Cover Feature 2).

Where does that leave a tighter-resourced company like Skyrora?

“We aim to address the gap between small satellite manufacturers and satellite launch vehicles,” Miller says. “One reason that the Black Arrow programme failed is that there was no market for the payload it could lift. A small satellite at the time could do very little, though now it is highly feasible to launch powerful technology into space due to the miniaturisation of technology. Britain currently manufactures 44 per cent of the world’s small satellites; never has there been such a market for UK launch regulation.”

Through lockdown, Skyrora continued testing its technology while also repurposing some of their facilities to make hand sanitiser and face visors. In May last year they completed the UK’s first ground rocket test in 50 years. Their fuel produces 45 per cent less greenhouse gases than the industry standard and is derived from unrecyclable plastic that would otherwise end up in landfill. Components too are made by 3D printing to cut out waste.

They aim to launch in 2023, operating as a taxi service for other satellite manufacturers while also cleaning up through another innovation.

Spinning around above our heads right now are millions of pieces of rock and old, broken-up spaceship – the kind that caused Sandra Bullock such a problem in Gravity. There are an estimated 128 million pieces of debris smaller than 1cm, another 900,000 pieces between 1cm and 10cm, and 34,000 pieces of space debris larger than 10cm, which could cause untold damage to spacecraft.

An estimated 80 tonnes of debris enter the atmosphere every year, which burn up and release damaging gases.

“The ‘Space Tug’ will have the potential to remove defunct satellites from orbit, remove space debris as well as reposition satellites in orbit,” Miller explains.

Speaking of space debris, Skyrora is responsible for repositioning the remains of the Black Arrow. In 2018, it recovered them and brought them back to the UK from Australia. They are currently on display at the Farnborough Air Sciences Trust (FAST) museum. 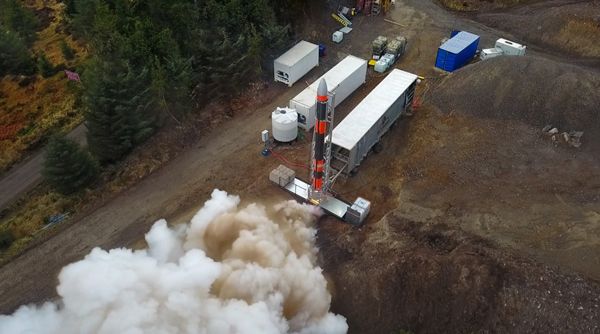 “We have the slightly battered actual first stage of the Black Arrow that was used to launch the Prospero satellite on display, plus a wind tunnel model of the whole assembly,” the museum’s manager Brian Luff confirms. “There is a full-scale replica on display at the Isle of Wight Aviation Museum where the original was built, which can be raised to the firing position. This looks superb.”

While another original Black Arrow that never made it to Australia is on display at the Science Museum in London, volunteers on the Isle of Wight decided to build their own.

With a background in construction design and a lifelong fascination for space, Rich Curtis instigated the project.

“Some of my earliest memories were of seeing men walking on the moon and thinking this was the norm,” he says. “It sowed a passion for all things space related and following a move to the Isle of Wight in the 2000s I began to learn about the part the island played in Britain’s own space programme. 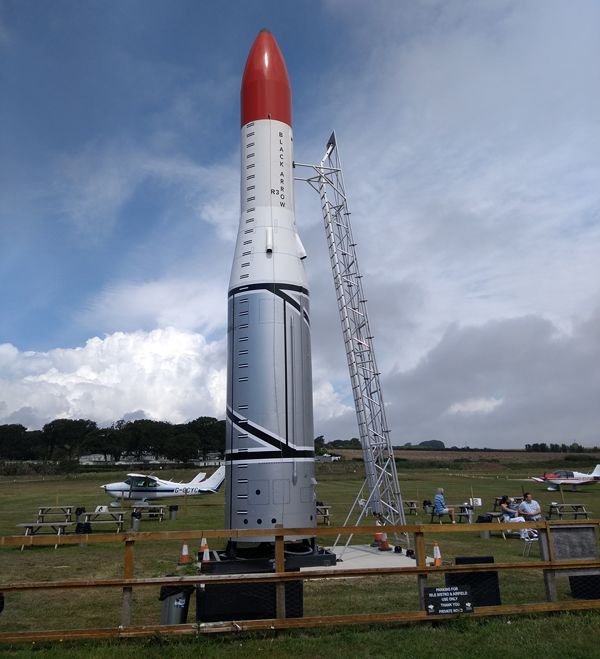 “I wanted to give the public a real sense of just how big these rockets were,” he adds. “Despite being classed as a small launch vehicle, the Black Arrow it is still impressive at just over 13m tall, especially when you see it standing vertically.”

The rocket was completed in late 2020, painted in the same livery as the final Black Arrow that reached orbit.

Today however, Curtis believes his rocket is not an artefact of the past but a pointer towards the future.

“When I began to think about creating the replica Black Arrow it felt very much like a project celebrating the past and what could have been had the rocket programme not been cancelled. But now it’s much more about seeing the Black Arrow as part of an ongoing story that’s taking Britain into the future of space flight.”