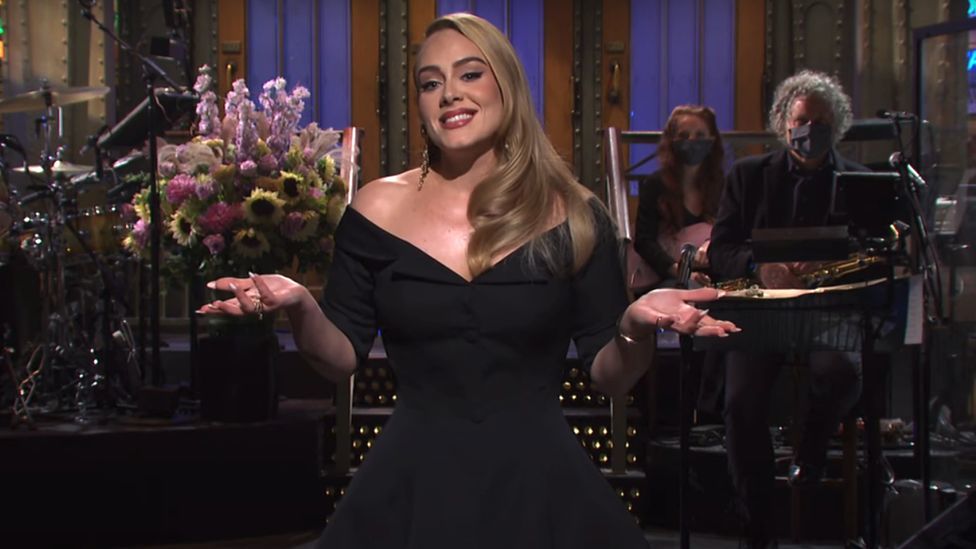 Adele has heightened speculation that she is about to release her first new music since 2015, after updating her website and social media pages.

It comes after the number 30 was projected onto several buildings around the world over the weekend. Fans are predicting this will be the name of her fourth album - after 19, 21 and 25.

The mysterious projections have been spotted on the Eiffel Tower in Paris, the Colosseum in Rome, Berlin's Brandenburg Gate, Amsterdam's Nemo Museum and New York's Empire State Building.

Although they have not officially been confirmed as being linked to Adele, the images appear to use the font she has favoured on her previous albums.

The singer hinted that her fourth album would be called 30 in a 2019 Instagram post, jokingly telling fans: "30 will be a drum and bass record to spite you all."

Using the title would also connect the album to Adele's previous pattern of naming records after a pivotal year in her life.

She has previously said she would retire the system, saying that she had settled into family life.

But the singer separated from her ex-husband Simon Konecki when she was 30 (she is now 33) and has subsequently kept a low public profile.

The one exception was a stint hosting US comedy show Saturday Night Live last year.

At the time, she addressed the rumours that new music was imminent.

"I know there's been a lot of chatter about me just being the host. Like, 'Why isn't she the musical guest?' and stuff like that," she said.

"And there's a couple of reasons. My album's not finished, and I'm also too scared to do both… I'd rather just put on some wigs, have a glass of wine or six and just see what happens."

"Adele is incredibly secretive, and I think that that's the way you want it - building that suspense," he said.

"A testament to her is that you just don't know the next direction she'll take. It could be R&B, it could be rock, it could the ballads.

"But whatever it's going to be, it will be of the highest standard."

Adele's last album, 25, was also announced with a mysterious marketing campaign. Viewers of The X Factor in the UK were surprised during an advertising break when a 30-second excerpt of a new song (later revealed to be Hello) was broadcast against a blank screen.

The album went on to sell more than 3.5 million copies in the UK alone, making it the country's 14th best-selling record of all time.

It also broke sales records in the US and won the star a Grammy for album of the year - which she memorably tried to give to Beyoncé.

"I can't possibly accept this award," she said through tears. "My artist of my life is Beyoncé. And [her] album to me, the Lemonade album, is just so monumental."