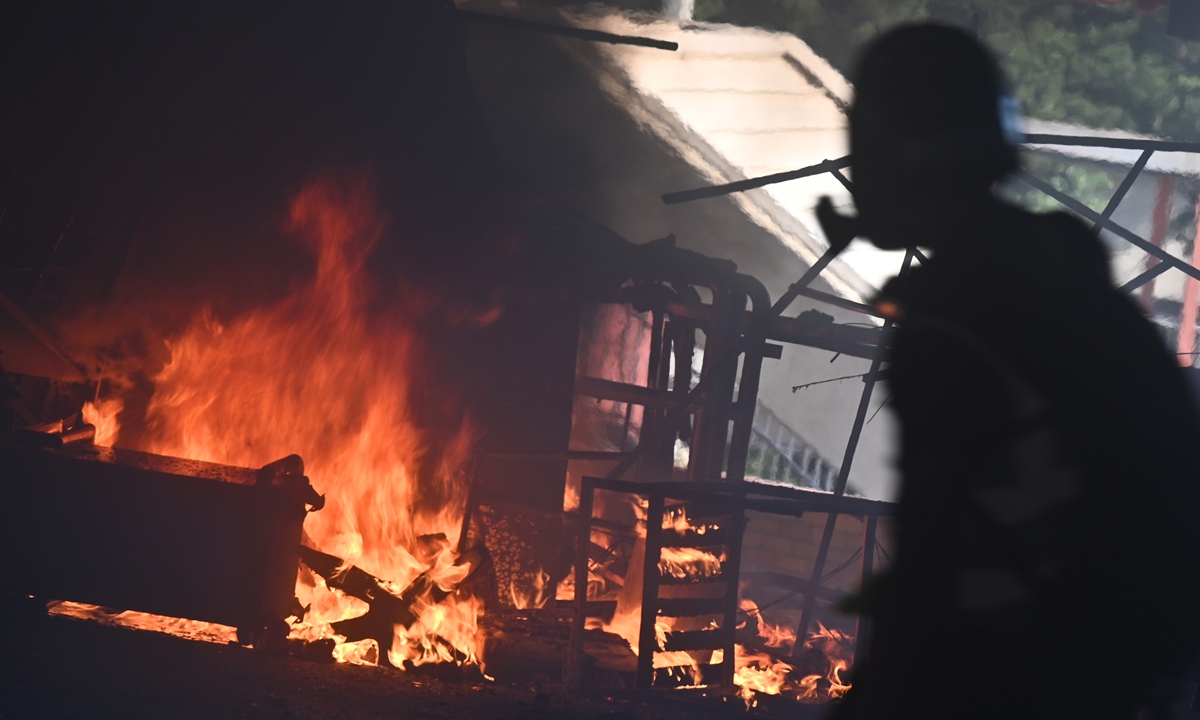 Nathan Law, one of the head secessionists behind Hong Kong's social turmoil last year, said Monday that he has applied for asylum in the UK. A Hong Kong legal expert said that Law's asylum bid is not worth immediate tough countermeasures from the central government as he is "another pawn putting on a political show."

Law revealed in an opinion article in The Guardian and his Facebook page that he had submitted a refugee claim to the UK government. He claimed that he chose the UK because he hoped to "awaken Europe from the fantasy that China would be a strategic partner to the West."

China condemned Law's decision to abscond, noting that he is a fugitive wanted by the Hong Kong police. "China firmly opposes any country, organization, or individual harboring criminals for political purposes. No matter how the secessionists beg for external shelter, they will ultimately fail," Wang Wenbin, spokesperson for the Chinese Foreign Ministry, said at a press conference on Tuesday.

Law, 27, one of the founding members of the disbanded secessionist social group Demosisto, left Hong Kong and absconded abroad in June, on the eve of the national security law for Hong Kong took effect. He did not reveal which country he was going to out of "security concerns." There was widespread speculation that he was headed to the US, as Law formerly studied at Yale University.

On July 1, Law addressed a US Congressional hearing by video and openly asked the US to continue helping the Hong Kong rioters, which experts noted was in violation of the national security law for Hong Kong. Later, the Hong Kong police issued a wanted notice for him.

Many Hong Kong people have sought asylum in other countries following the anti-extradition bill protest in 2019. According to local media on.cc, at least 181 Hongkongers had sought asylum abroad this year as of October. Their target countries included Australia, the UK, Germany and Canada.

"Law's claim that he applied for asylum through the normal process like everyone else is just another political show, as he has always had close relations with the UK and US governments, both of which have been interested in cultivating him to disturb Hong Kong since at least 2014," Kennedy Wong Ying-ho, a solicitor of the Supreme Court of Hong Kong, told the Global Times on Tuesday. "The granting of political asylum after he absconded must have been negotiated long ago.".

After Law is granted political asylum, UK and US governments will continue to use his case for hype, possibly assigning him to give speeches around the world to discredit China's international image and the "one country, two systems" principle. When Law loses his influence, he will be discarded, Wong noted.

However, the UK's granting of political asylum to Law will certainly affect diplomatic relations between the two countries, Wong said. "Sheltering a lawbreaker from another country clearly interferes with China's internal affairs and reflects UK's double standards. In future China-UK diplomacy, China will settle the violations line by line."
Add Comment