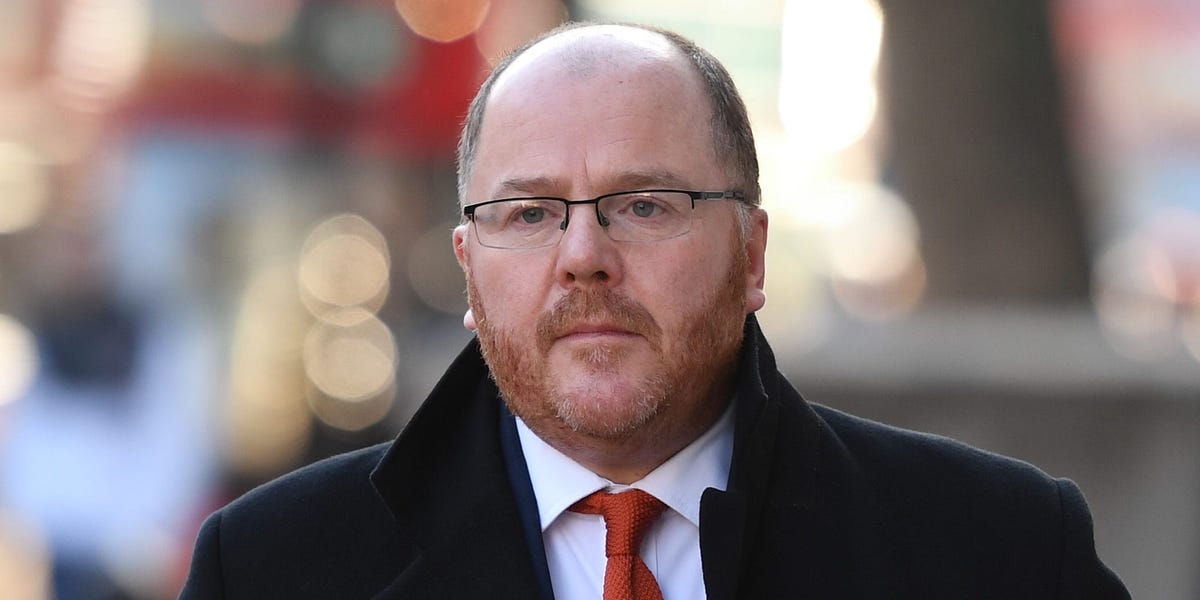 ACOBA's chair Eric Pickles said he was "disappointed" by what he called false claims made by Freeman that the watchdog had apologised to him.

A Conservative member of the UK Parliament and former health minister, who was censured last month for breaking government rules in relation to his role with a company trying to sell personal protective equipment [PPE] to the National Health Service, is under fresh investigation following an extraordinary row with the UK's anti-corruption watchdog.

Insider revealed last month that the Advisory Committee on Business Appointments found that George Freeman MP had broken the ministerial code by failing to seek their advice before accepting the position with the company Aerosol Shield, which was founded by a former UK government appointee who Freeman had worked alongside as a minister.

Following our report, Freeman wrote to ACOBA's chair and former Conservative minister Eric Pickles to demand an apology for their findings, which he blamed for "triggering a wave of media attacks on my probity and integrity."

Freeman told Pickles that he had been "condemned as 'guilty' of being in breech (sic.) of the Ministerial Code – which I take as a very serious finding - in a way which is neither fair nor reasonable."

He told Pickles as well as his local paper that ACOBA had "apologised" to him over the issue and what he described as their "confusing" guidance.

However, in a remarkably strongly-worded reply to Freeman published on Monday, ACOBA's Chair and former Conservative minister Eric Pickles denied that any such apology had taken place and added that Freeman was actually under investigation for further unspecified potential breaches of the ministerial code.

"I am disappointed to read in a quote attributed to you in the Eastern Daily Press (27 January 2021) that ACOBA had issued an "apology" on how your application was dealt with," Pickles wrote to Freeman.

"After close examination, I can find no evidence of an apology being made, nor with respect, can I find any circumstances to justify issuing an apology."

He added that Freeman's breach of the ministerial code was "clear" and said that the watchdog was now investigating other potential breaches by the MP.

"We are currently examining other possible breaches of the Government's Business Rules by you, and I will write to you again when our investigations are concluded," Pickles wrote.

"This adds yet another page to the government's catalogue of cronyism, which they must take real and urgent steps to address. Most urgently, the government must publish details of companies winning work through the 'VIP' fast lane for procurement to restore some public trust."

Freeman told Insider in a statement on Monday: "The ACOBA Rules requiring all commercial Appointments to approved in advance are rightly designed to prevent ex Ministers commercialising information gained as a result of holding office: to prevent for example a Defence Minister taking an Appointment with a Defence supplier.

He added: "In my case since leaving Department of Transport I've been working pro-bono to help a number of charitable or start-up projects in science & regeneration try and raise funding. I didn't think I needed permission for that. Having received Lord Pickles letter I am working closely with his officials to go through each project in line with their guidance."

Freeman's original censure came after an update to Freeman's Register of Members Interests revealed he had received £5,000 for 27 hours of "technology consulting" work with the company Aerosol Shield in June and July last year.

Aerosol Shield was founded by Matt Campbell-Hill who had previously worked alongside Freeman when he oversaw the Medicines and Healthcare products Regulatory Agency, which Campbell Hill was a non-executive director of from 2015 to 2018.

Freeman says that Campbell-Hill first reached out to him in April to ask for help in getting the company's "innovative tent" protective equipment approved for use in the NHS.

Freeman told ACOBA that he offered to help Campbell-Hill to secure approval for the equipment through "the emergency PPE Supply channels set up by the Cabinet Office."

The awarding of government contracts for PPE became a national scandal in the UK last year after the National Audit Office (NAO), which monitors government spending, found that during the first wave of the coronavirus pandemic the UK government created a "high-priority lane" to enable government officials, members of parliament, and health professionals to recommend companies providing PPE for government contracts.

The NAO found the UK government had awarded £17bn of such contracts to private companies some of whom had political or personal ties to members of the government while failing to "document any consideration of any potential conflict [of interest]."

Freeman told ACOBA that following this intervention, Campbell-Hill had in May asked Freeman to help the company in a paid position to raise long-term funding for research and development of the Aerosol tent, and to join as Chairman.

Freeman accepted, and in June and July "provided the Aerosol Shield team with commercial advice on raising funding for the R+D pipeline, their longer-term commercial Business Plan and strategy."

However, Freeman later parted ways with Aerosol, telling ACOBA that "it quickly became clear that this role wasn't going to work and the founders of AerosolShield and I agreed to part company and that I would invoice for the initial commercial work done in June + July."

Freeman is not the only Conservative MP to fall foul of ACOBA's rules in recent weeks.

As Insider also revealed earlier this month, Freeman's colleague Stephen Hammond MP was also censured by ACOBA for an "unacceptable" breach of the ministerial code, after failing to declare his role advising an influential think tank on infrastructure and health policy.