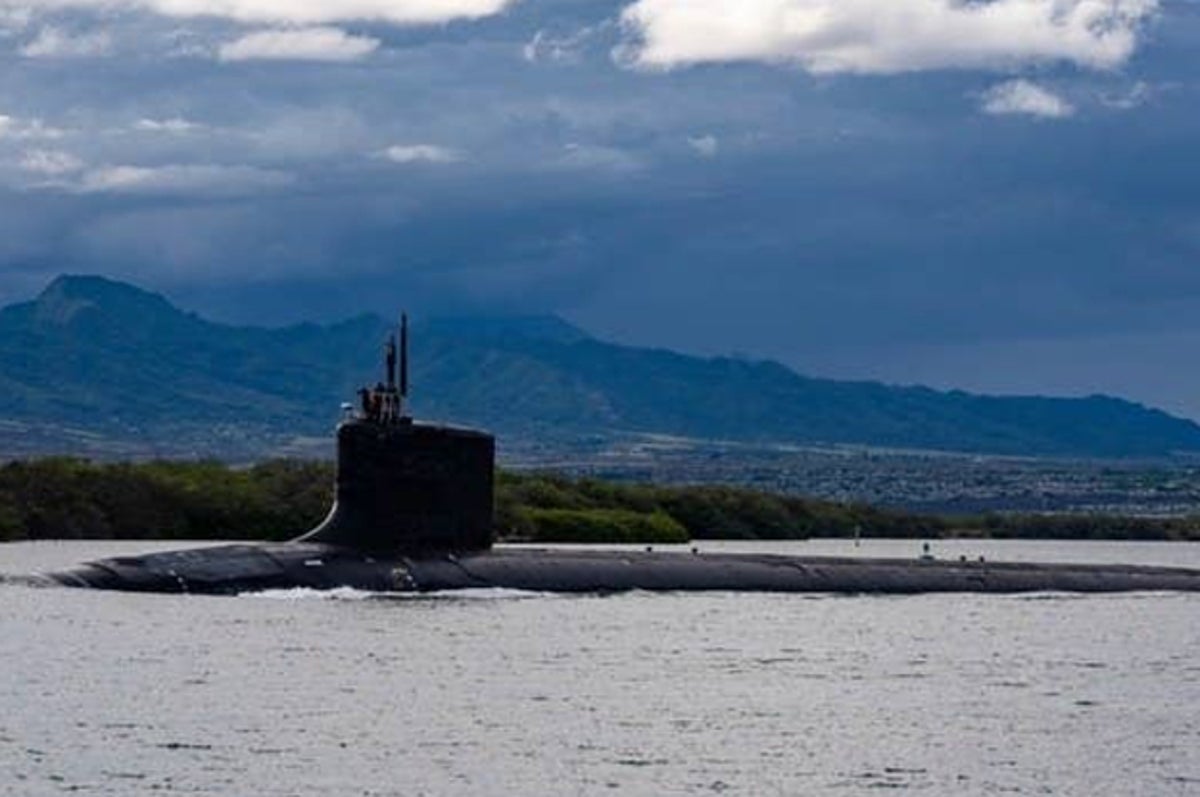 Jonathan and Diana Toebbe were caught in a FBI sting while trying to sell nuclear submarine secrets to a foreign country, authorities said.

A US Navy nuclear engineer and his schoolteacher wife were arrested after attempting to sell classified submarine plans to a representative of a foreign country who was actually an undercover FBI agent, the Department of Justice said Sunday.

Jonathan Toebbe, 42, and his wife, Diana, 45, of Annapolis, Maryland, were arrested in West Virginia on Saturday after leaving a memory card with restricted information at what they thought was a prearranged "dead drop" location, according to a federal criminal complaint. The complaint was unsealed Sunday.

Court documents allege that Toebbe, who, according to his LinkedIn page, has been a Navy employee since 2012, was in communication with and selling information to a person who he believed was an agent for an unnamed foreign nation for more than a year.

The FBI said that on three previous occasions prior to their arrest Saturday, Toebbe and his wife arranged to leave SD cards containing secret nuclear submarine schematics at dead drop locations in exchange for $100,000 in cryptocurrency, hiding the memory cards within a peanut butter sandwich, a chewing gum package, and a box of Band-Aids.

Toebbe was attempting to sell information about "militarily sensitive design elements, operating parameters, and performance characteristics of Virginia-class submarine reactors," according to the criminal complaint. This information is classified as "restricted data" under the US Atomic Energy Act, and sharing or transmitting it is illegal under federal law.

According to the complaint, in December 2020, representatives from an unnamed country gave the FBI a package that they had received via US mail, which contained confidential Navy documents in print and on a memory card. The package also contained instructions on how to contact the sender to "establish a covert relationship" in order to buy additional information.

"I apologize for this poor translation into your language," Toebbe allegedly wrote in the letter included in the package. "Please forward this letter to your military intelligence agency. I believe this information will be of great value to your nation. This is not a hoax."

Soon after receiving the package, FBI agents began communicating with Toebbe using an encrypted email service, posing as representatives of the unnamed country.

Quotes from these communications in the court documents show that Toebbe was suspicious and extremely cautious when first contacted. He went so far as to demand that the country display an agreed-upon signal from its "building" in Washington, DC, over Memorial Day weekend so that he could verify in person that he was communicating with one of the country's agents, the complaint said. (The FBI coordinated with the country to have such a signal displayed.)

After this and the receipt of a $10,000 goodwill payment in cryptocurrency, the complaint said, Toebbe agreed to the first dead drop exchange in Jefferson County, West Virginia. On June 26, he and his wife arrived at the prearranged location, with Diana Toebbe allegedly acting as a lookout for her husband while he made the drop.

The couple went on to deliver SD cards containing classified information at two other dead drop locations in Pennsylvania and Virginia.

"The complaint charges a plot to transmit information relating to the design of our nuclear submarines to a foreign nation,” Attorney General Merrick Garland said in a statement Sunday. “The work of the FBI, Department of Justice prosecutors, the Naval Criminal Investigative Service and the Department of Energy was critical in thwarting the plot charged in the complaint and taking this first step in bringing the perpetrators to justice.”
Add Comment