Wife of Hui Man-ming, one of three men killed during accident on Wednesday, says she worries for future of her two young daughters.

The wife of an electrician killed in a crane collapse at a Hong Kong construction site has described the torment his sudden death has brought, saying she fears for her family’s future as she battles late-stage cancer.

The wife of Hui Man-ming, one of three men killed during the accident at the Housing Society building site in Sau Mau Ping earlier this week, on Friday said she was distraught thinking about what might happen to her two little girls, aged four and seven, now that the family’s breadwinner had died.

“I don’t understand why life has played a joke on me,” said Hui’s wife, who did not wish to give her first name.

“I am the one on the death list and I didn’t want to leave my husband behind,” she said. “I thought my husband could take care of the children and elderly in case I died.”

Six other workers were injured during the accident on Wednesday.

The mother met the press on Friday accompanied by labour activists who said they hoped authorities would determine whether all parties had followed safety protocols when operating the crane.

“The city has safety regulations and guidelines but we now question if they have been followed in reality,” said Fay Siu sin-man, chief executive of the Association for the Rights of Industrial Accident Victims.

On Thursday, the government barred the main contractor Aggressive Construction Company from all public tenders until at least the end of next year. The firm and the Housing Society have vowed to cooperate with investigators.

Siu, who also referred to the collapse of a giant monitor during a Mirror concert in July, said Hong Kong had experienced “a lot of accidents lately” and called for authorities to hold those responsible accountable.

The remarks from Hui’s wife came as legislators discussed an amendment that would impose harsher punishments on employers involved in industrial accidents, with union lawmakers hoping to pass it as soon as possible. 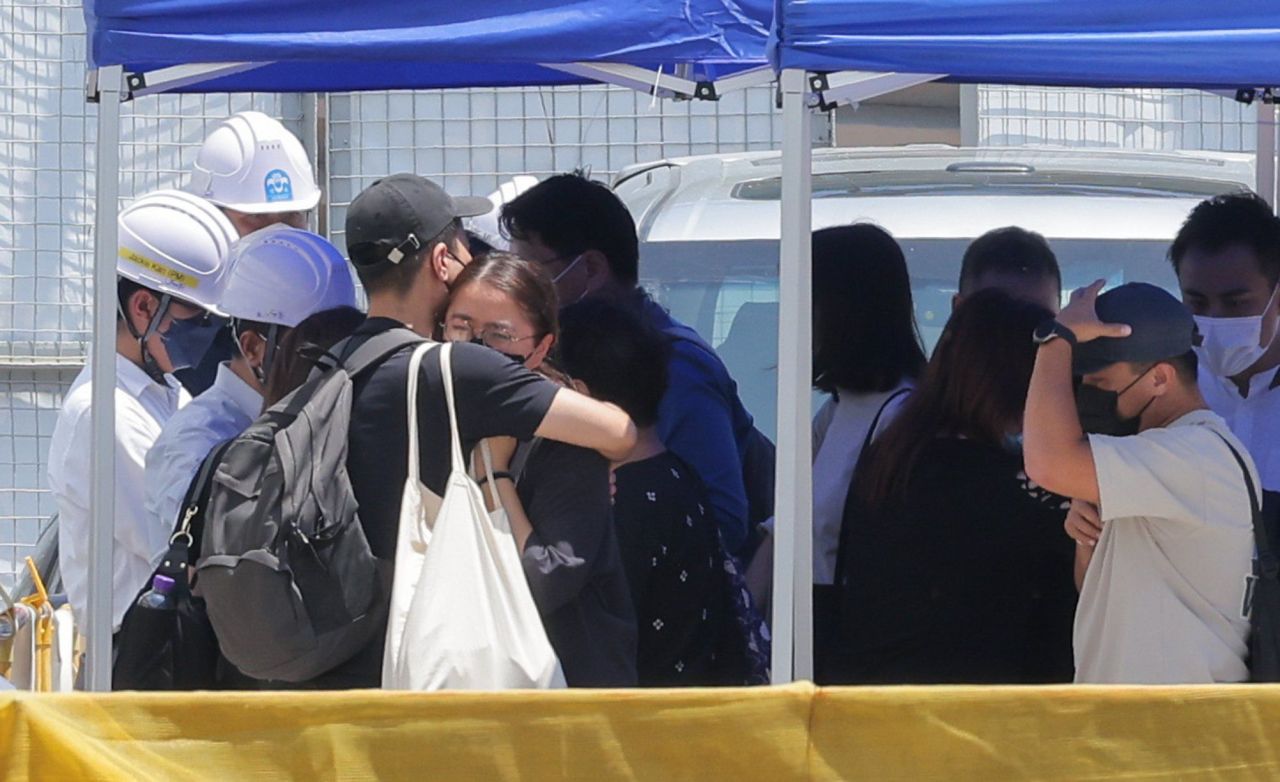 But representatives of the city’s private sector, including the real estate industry, said they were worried about the possible impact of tougher penalties.

Under the existing Factories and Industrial Undertakings Ordinance, contractors and employers face a maximum fine of HK$500,000 (US$63,697) and up to six months’ imprisonment if convicted of a failure to provide a safe working environment.

The government proposed in May that the maximum penalty should be increased to HK$10 million and two years in jail for “extremely serious offences”, with the proposed amendment also specifying that judges should consider the amount of business done by a contractor over a set period of time when handing down sentences.

Chief Executive John Lee Ka-chiu on Thursday said he hoped the amendment would be endorsed by the Legislative Council as soon as possible.

Unionist lawmakers Kwok Wai-keung and Chow Siu-chung on Friday echoed Lee’s remarks, while other legislators argued authorities should instead focus on promoting a “culture of safety”.

“One industrial accident is too many,” lawmaker and engineer Chan Siu-hung said. “But the harsh punishments are unfair for contractors, especially when the business environment is bad.”

Fellow legislator Michael Lee Chun-keung, also an engineer, said small-and medium-sized contractors had complained to him that the maximum penalty of HK$10 million was “an astronomical figure”.

Legislators Louis Loong Hon-biu and Benson Luk Hon-man, of the real estate and Election Committee sectors, respectively, said the penalty laid out in the bill should focus on the seriousness of an accident instead of each contractor’s business turnover.

“Using traffic accidents as an example, is justice served if drivers of supercars are punished differently than drivers of second-hand cars?” Luk asked. 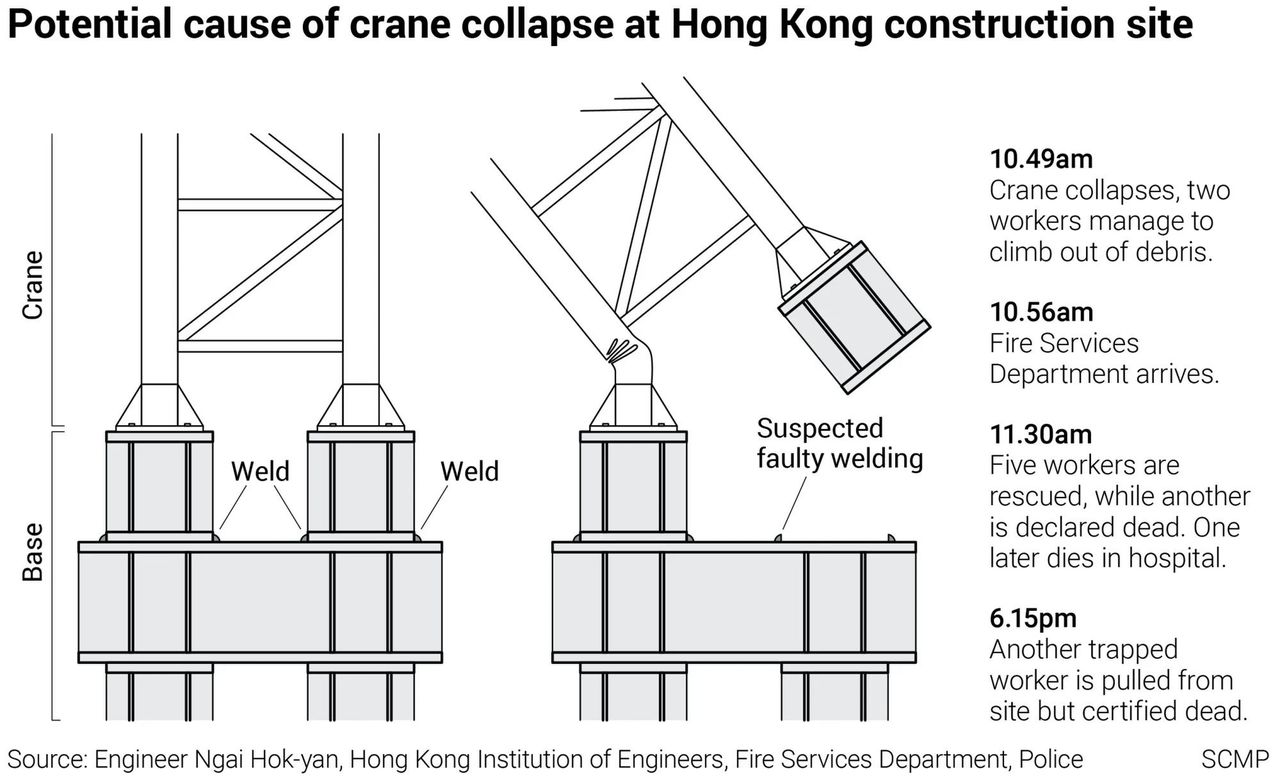 But Jeff Leung Wing-yan, deputy commissioner of the Labour Department, explained that authorities had looked into the turnover of contractors involved in some recent accidents, and believed the maximum penalty was appropriate.

“Justice is not only achieved by imposing the same penalty to all offenders. We hoped that financially stronger offenders would pay a bigger fine,” he said.

“We are also working with different departments in promoting occupational safety, we won’t be so naive as to think that things would be fine after the maximum penalty is increased.”

Lam Shuk-yee, an honorary chairwoman of the Federation of Trade Unions, agreed that amendments to the existing legislation were long overdue.

“It’s been 27 years since the relevant laws were last reviewed,” she said. “The government must learn a lesson from the recent accident, and value industrial safety.”

The Labour Department has issued suspension notices to Aggressive Construction, the main contractor working at the accident site, and has banned the operation of tower cranes across the city.

Five other public housing projects awarded to the firm will also be required to suspend construction. The sites affected are in Tung Chung, Tuen Mun, Pak Tin, Tai Po and Kwai Chung.

The restrictions will remain in force until the government is satisfied all measures have been taken to reduce the relevant industrial risks.