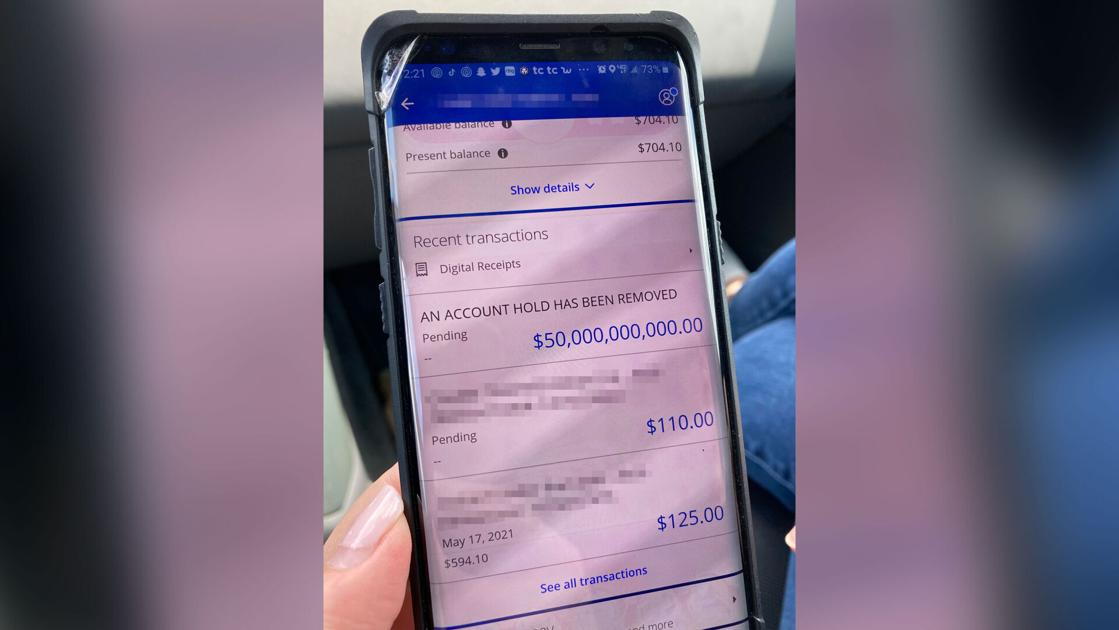 A bank accidentally deposited $50 billion into a Louisiana family's account

For four days, Darren James and his family were multibillionaires.

The real estate agent from Baton Rouge, Louisiana, and his wife were doing a routine check on their finances last Saturday when they noticed $50 billion had been mistakenly deposited into their Chase Bank account.

"That's not like a one zero error or a two zero error, that's somebody that fell asleep on the keyboard error," James joked. "I was excited for sure. Really surprised how it got there and wondered if I had a rich uncle that gave it to me."

But to his disappointment, it wasn't an inheritance -- just an incredibly unusual error.

"We're still trying to figure out what happened, why it happened, how it happened, but we know we aren't the only ones this happened to," he told CNN. "The concern is whether my account was compromised, and the bank hasn't even called me. We haven't heard anything from anyone."

Chase Bank acknowledged the mistake to CNN, but gave a different timeline for when it was fixed.

"We had a technical glitch a couple weeks ago impacting a limited number of accounts. The issue was resolved one day later and all accounts are showing accurate balances," Chase Bank spokeswoman Amy Bonitatibus told CNN.

People who spend money mistakenly deposited into their bank accounts can be made to return the funds, pay fees and even be charged with crimes. In 2019, a Pennsylvania couple faced felony theft charges after their bank accidentally deposited $120,000 into their account, and the couple spent most of it instead of contacting the bank, police said.

But James said he never considered spending any of the money.

"My moral compass only goes one way and that's the correct way," he said. "There's a big difference between morality and legality. Honesty and good moral character immediately kicked in, we can't do anything with the money. I didn't earn it, it's not ours to spend."

Still, he quipped: "Unless it was a rich uncle or one of those emails I probably responded to from a Saudi Arabian prince who promised to give me $50 billion, that's a different story."

James said if the family was able to keep the money, they would have tried to "bless" others in need.
Add Comment