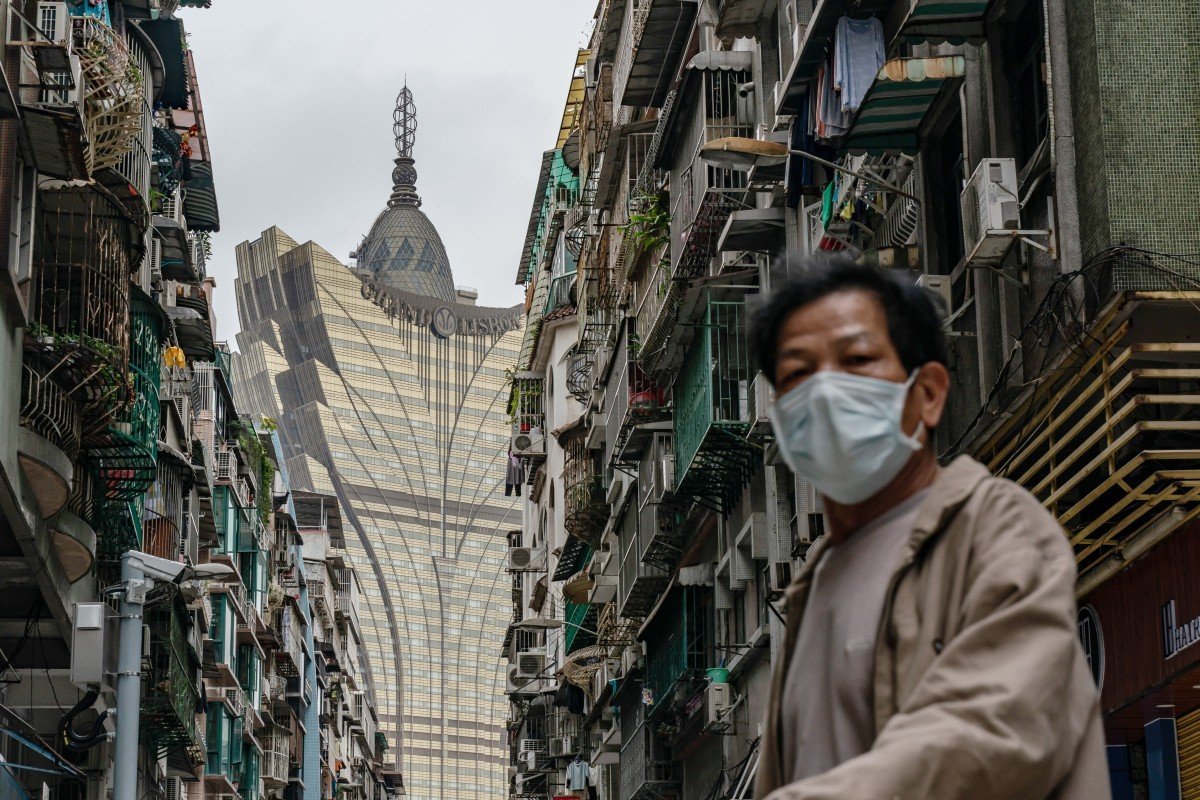 Home buying sentiment in Macau, the world’s largest gaming hub, was expected to be subdued after tourist arrivals failed to meet expectations during the “golden week” holiday last week.

Home buying sentiment in Macau, the world’s largest gaming hub, was expected to be subdued after tourist arrivals failed to meet expectations during the “golden week” holiday last week.

Residential property transactions dropped 23 per cent year on year to 4,169 deals in the first eight months of the year, according to data from Macau’s Financial Services Bureau. The average price of homes stood at 100,496 patacas (US$12,589.5) per square metre in the first half of this year, a 7.5 per cent drop from the end of 2019, according to the bureau, which blamed the coronavirus pandemic.

“People will become cautious in their home purchases after Macau failed to see a sharp rebound in tourist arrivals and gaming revenue during the golden week holiday,” said Gregory Ku, managing director at JLL Macau.

Macau started accepting tourism permit applications from mainland travellers on September 23, but its average daily tourist arrivals dropped by about 90 per cent year on year during the week-long holiday, according to the Macau Government Tourism Office.

As of the second quarter this year, the gaming sector and related industries employed 20.5 per cent of its working population, while hotels employed 7.6 per cent, according to data from JLL and the Statistics and Census Service.

“They will stay on the sidelines instead of making big investments, such as purchasing homes,” Ku said, adding that the Macau residential market was dominated by genuine local buyers after its government imposed special stamp duties on the purchase of second or more homes in 2018. The acquisition of a second residential property attracts an additional levy of 5 per cent, while third or subsequent properties attract a 10 per cent levy.

First-time homebuyers accounted for about 84 per cent in the first eight months of this year, while 13.3 per cent were buying a second home, with just 2.5 per cent buying a third property. Only 26 homes were bought by non local residents, who are required to pay an additional 10 per cent buyers’ stamp duty.

“Mainland buyers have all gone, after Beijing cracked down on capital outflows and corruption in 2014,” Ku said.

Home sales in Macau were dominated by sales of homes measuring 400 sq ft to 500 sq ft, thanks to the easing of mortgage lending for flats costing below 8 million patacas in February 2018. “We have seen prices per square foot for smaller units becoming more expensive,” said Franco Liu, managing director of Savills (Macau).