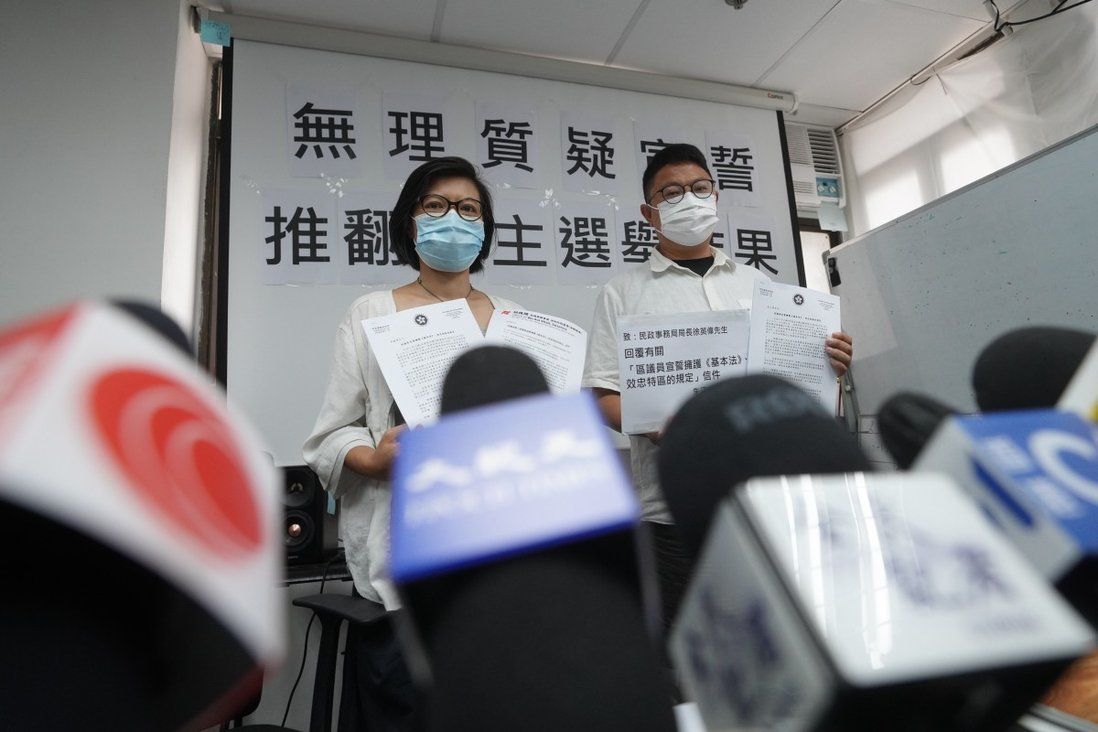 At least eight of 10 opposition district councillors whose allegiance to the city was called into question following an oath-taking ceremony last week have met the deadline for responding to authorities’ requests for further information.

The authorities’ inquiries to the 10 – asking, among other things, why they displayed slogans from the 2019 anti-government protests, or signed a declaration vowing to vote down the city’s budget – were delivered hours after 55 district councillors in Kowloon swore the oaths of allegiance on Friday.

The ceremony, required under the national security law, was only the second of its kind for the municipal-level office holders, and was aimed at enforcing Beijing’s recent mandate that only “patriots” govern Hong Kong.

However, some of the councillors who complied with the authorities’ request were uncertain about their chances of remaining on the local bodies, despite having met the deadline of 5pm on Monday.

“Whatever our answers are, it will not matter from the very start, because one can see how they specifically designed those requirements to target our behaviour,” said councillor Suzanne Wu Sui-shan, of Yau Tsim Mong district.

“But we found that there were accusations which did not sit with the facts … so we had to come out to face, instead, the public and our voters,” added the former Labour Party chairwoman.

Another district councillor, who spoke on condition of anonymity, viewed the questions as a prelude to more disqualifications. Seven opposition district councillors from Hong Kong Island were unseated following the first oath-taking ceremony earlier this month, despite their having complied with similar enquiries. 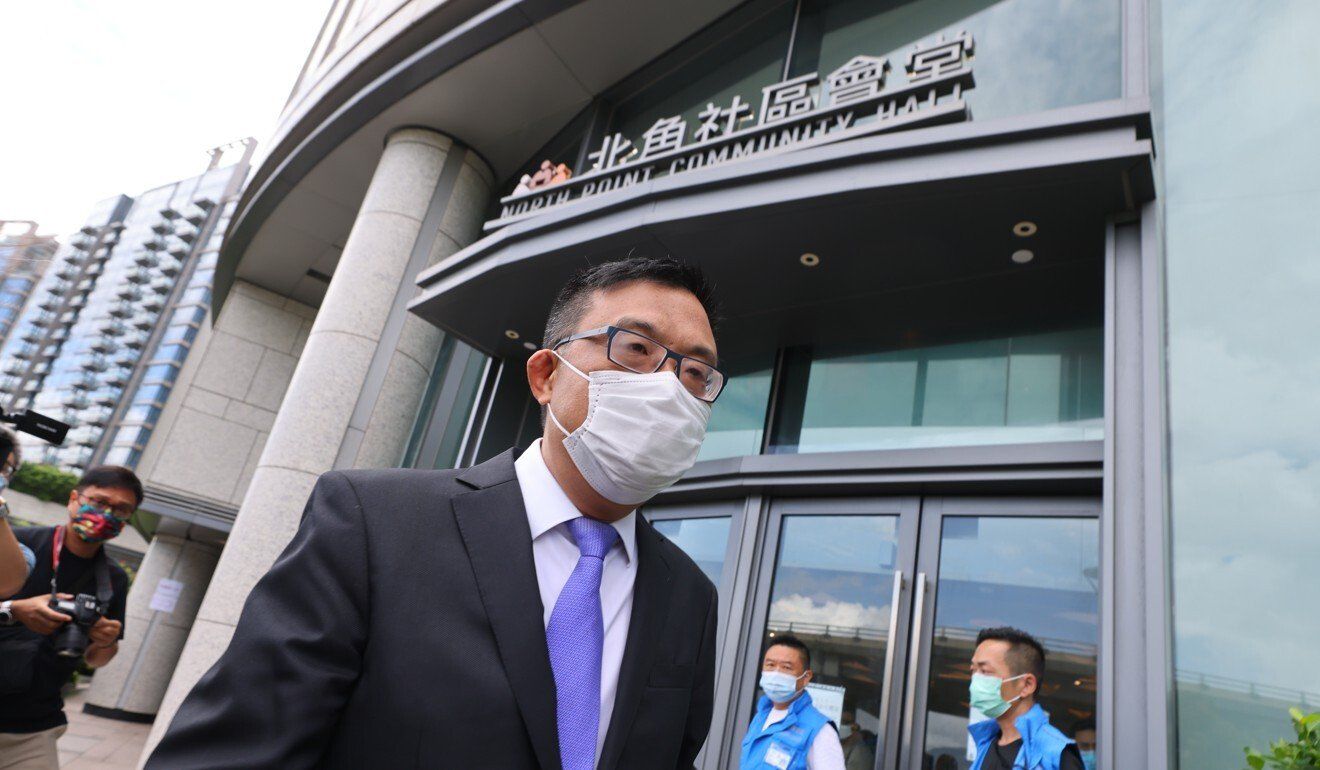 District councillor James To, of the Democratic Party, is among those facing enquiries over their oaths.

The disqualifications are likely to have some bearing on whether Hong Kong’s largest opposition party decides to contest the coming Legislative Council election in December.

Five of the 10 councillors currently facing inquiries came from Democratic Party, including former veteran lawmaker James To Kun-sun, and a disqualification would mean they would be barred from running for Legco. One Democratic Party district councillor from Hong Kong Island has already been ousted.

Party members had already expressed a lack of enthusiasm at the prospect of running at a general meeting on Sunday, though the possibility was not ruled out entirely. Political pundits said the party was waiting to find out the result of the oath-taking inquiries.

The city’s district councils, envisioned as advisory bodies for the government at the municipal level, became a stronghold for the opposition camp following a landslide win in the 2019 election, which took place at the height of that year’s anti-government protests.

The opposition bloc won 392 of the 452 directly elected council seats across Hong Kong, giving them control of all but one of the city’s 18 districts.

But following Beijing’s imposition of the national security law in June 2020, the oath-taking requirement for top officials, legislators and judges was extended to ensure all public officers, including civil servants and district councillors, were sufficiently patriotic. 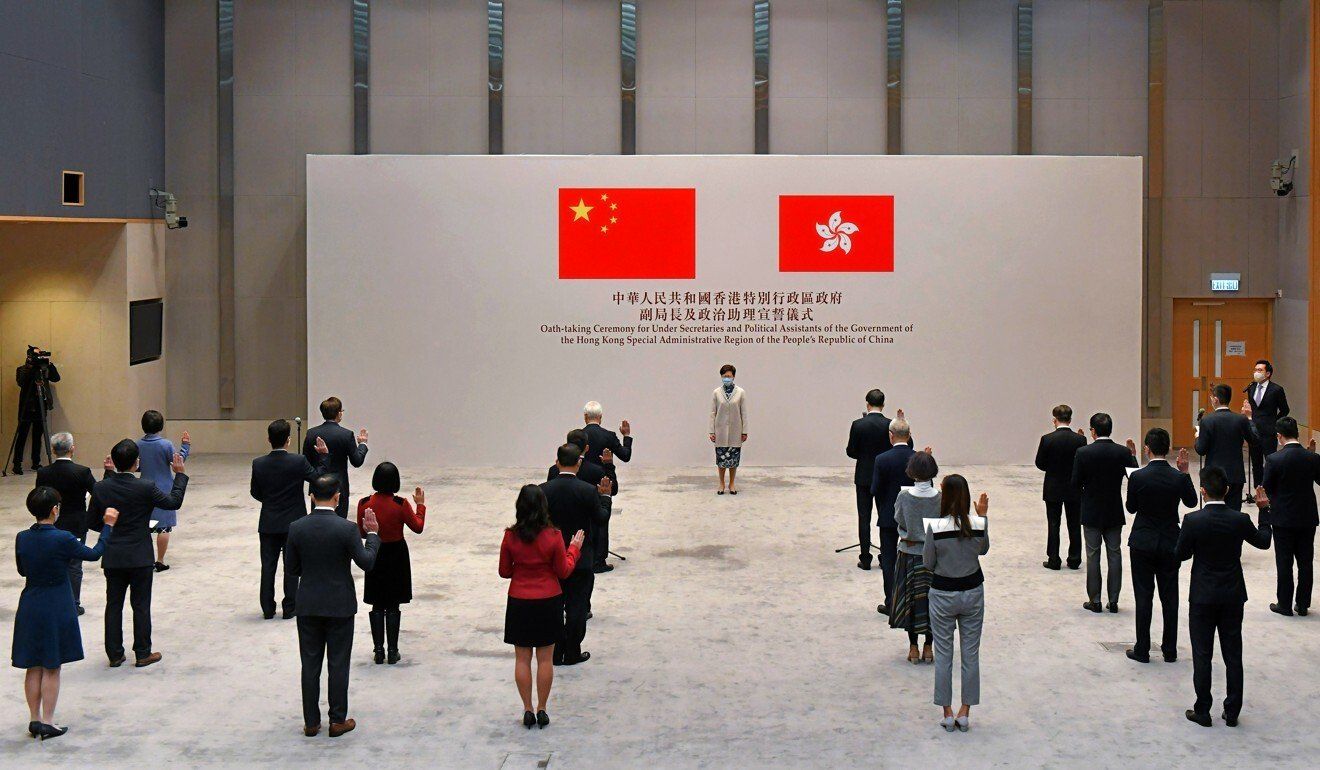 The oath-taking requirement was extended to all public officers, including civil servants and district councillors, following the imposition of the national security law.

In addition to Wu and To, those who submitted their replies by Monday evening were: Lawrence Lau Wai-chung, of Sham Shui Po; Ken Tsang Kin-chiu, of Kowloon City; Sean Mock Ho-chit, of Wong Tai Sin; Chu Kong-wai, of Yau Tsim Mong; and Democrats Tony Kwok Tin-lap and Pius Yum Kwok-tung, both of Kowloon City.

In her reply to Secretary for Home Affairs Caspar Tsui Ying-wai, who oversees the oath-taking, Wu stressed that she had not been involved in designing or carrying out an unofficial opposition primary last year, as the authorities alleged. Rather, she said, she merely acted as a messenger to provide information to those interested in finding out more about the poll.

The unofficial primary has since been branded a plot to subvert the Hong Kong government, and authorities have charged 47 opposition figures who took part with national security law offences.

“I believe the primary was purely a way for residents in the neighbourhood to express their views, which could then become part of a survey for reference,” Wu said in her response.

Chu, meanwhile, said the protest slogans the authorities spotted in his office – such as “Liberate Hong Kong; revolution of our times”, since deemed illegal by the government – were either writings by or gifts from residents he served.

“Everyone interpreted the slogans back then differently and I shall not second-guess,” he said, adding that the banners containing those words had been removed following the implementation of the national security law.

Among other things, the authorities asked Kwok why his name appeared on a petition advocating for the “Decertification of Hong Kong’s special trade status”. It was last updated on June 2, 2020, about a month before then US president Donald Trump signed an executive order to end the city’s preferential trade treatment.

But Kwok denied signing it, saying: “I actually went around to ask others whose names appeared on the list and they, too, said they never signed it.”

Asked why he decided to respond to the government’s inquiries, Kwok told the Post: “It feels like the script has already been written … but I feel the need to defend the choices made by voters in 2019.”