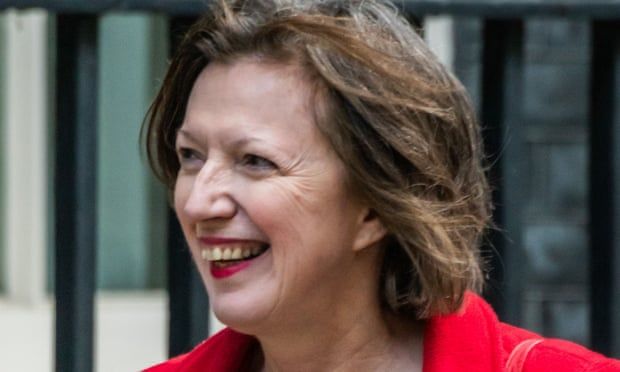 Up to 660,000 jobs will be at serious risk if the UK continues to fall behind other countries in the amount it invests in green infrastructure and jobs, according to an alarming study published on Saturday.

Coming just two months before Boris Johnson’s government hosts the United Nations Climate conference, COP26 in Glasgow, the report by the TUC makes clear that the impact on employment in the UK as a result of jobs moving “offshore” to countries in the vanguard of green investment and technology will be particularly acute in the UK’s industrial heartlands in the north-west, Yorkshire and the Humber.

Separate research by the TUC in June found that the UK is second from bottom in the league table of G7 economies for its record in investment in green investment and jobs – despite Johnson’s claims to be a leading force in the race to save the planet from global warming.

While the UK Treasury is expected to invest only about £180 per person on green recovery and jobs over the next decade, President Joe Biden plans to allocate more than £2,960 per person on a green recovery in the US: jobs and programmes involving public transport, electric vehicles and energy efficiency retrofits.

Relative to population, the UK’s green recovery investment is just 24% that of France, 21% that of Canada, and 6% that of the US.

The study, launched on the first day of its annual Congress, which marks the opening of the political conference season, says jobs in UK sectors such as the steel industry are at grave risk because manufacturing is still dependent on the environmentally damaging process of burning coal at high temperatures.

Other countries are blazing a trail in technologies that allow “green” production of high-grade steel without coal and these pioneers will prosper and expand while “dirty” old producers will wither and die.

Last month the Swedish firm Hybrit announced the delivery of its first consignment of “green steel” to the car maker Volvo while another Swedish firm, H2 Green Steel, is planning a hydrogen plant that will begin production in 2024.

Alan Coombs, a workplace rep for the Community trades union who has worked at Port Talbot steelworks for 40 years, said: “Companies overseas are already setting target dates for green steel. But the UK isn’t even putting our toe in the water.

“We have families here who are the third or fourth generation working at the plant. If we don’t have apprenticeships in green steel technology soon, there won’t be another generation. If we put ourselves at the forefront of green innovation, we can protect the workforce. But it needs government action.”

The TUC is calling on the government to fund an £85bn green recovery package to create 1.24 million green jobs. In addition it is stepping up calls for a scheme to help protect working people through this and other periods of profound industrial change, which would act as a bridge for those in jobs and industries under threat from offshoring during the global transition to net zero.

The union body says that such job protection schemes exist in Germany, Japan and many US states, producing significant savings on redundancies, training and hiring costs, and enabling firms to keep skilled staff on their books.

The TUC general secretary, Frances O’Grady, said: “The world is moving very clearly in one direction – away from carbon and toward net zero. The UK must keep up with the pace of change. There’s still time to protect vital jobs in manufacturing and its supply chains.

“But the clock is ticking. Unless the government urgently scales up investment in green tech and industry, we risk losing hundreds of thousands of jobs to competitor nations. If we move quickly, we can still safeguard Britain’s industrial heartlands.”