Seats were left vacant when Beijing loyalist lawmakers took up ministerial posts or other senior roles in the December 18 poll.

At least six pro-establishment hopefuls, mostly professionals, have been given Beijing’s blessing to run in a by-election before Christmas to fill four seats in Hong Kong’s legislature vacated by those who joined the government, the Post has learned.

Gary Wong Chi-him, a public affairs and marketing director, and William Wong Kam-fai, an engineering professor from Chinese University, were the first to sign up for the race with the backing of pro-Beijing heavyweights on Wednesday, more than a week after the nomination period opened on November 1. 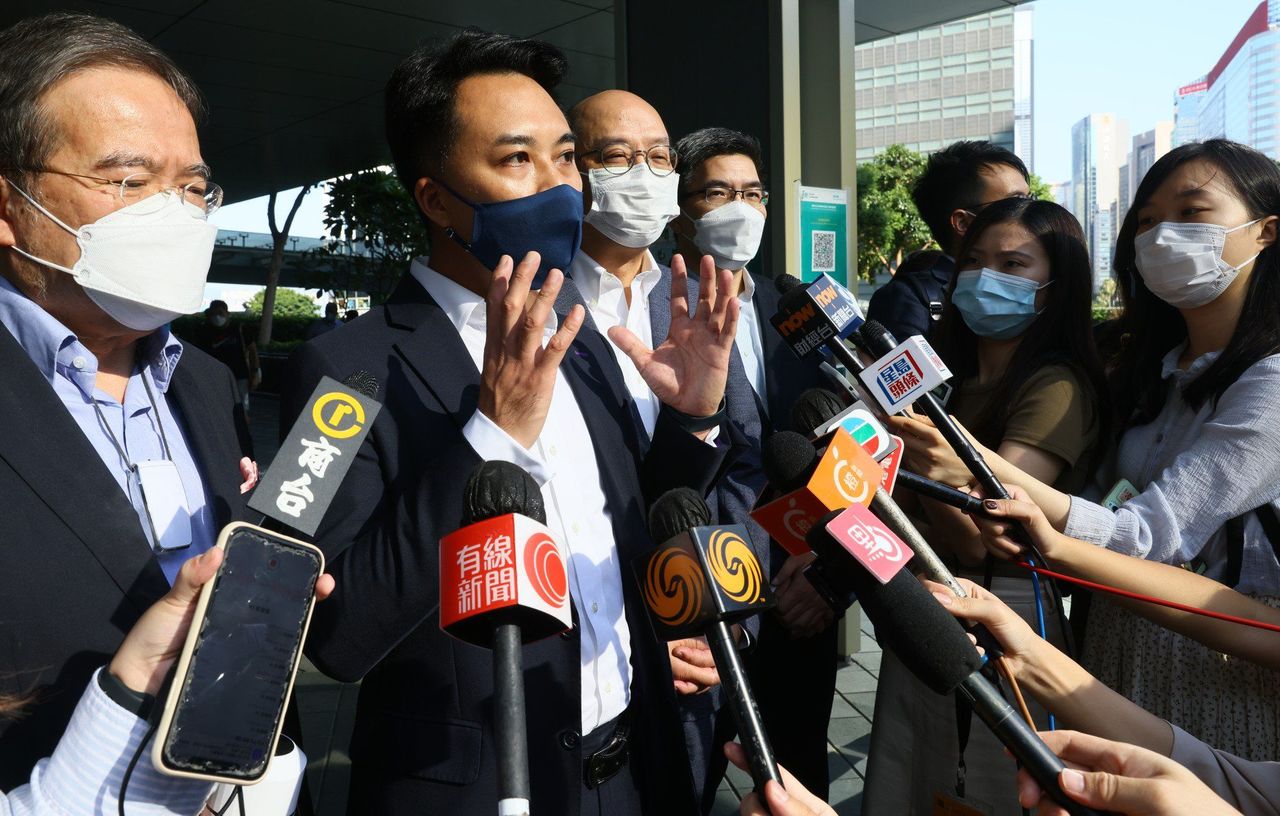 Gary Wong submits nomination forms at government headquarters in Admiralty.
Only a handful of hopefuls were allowed to run as the central government sought to avoid “hostile infighting” in the pro-establishment bloc, said a source familiar with Beijing’s thinking. But it would be highly unlikely for mainland Chinese officials to indicate their last-minute preference of candidates to the 1,446 voters, all members of the Election Committee, the person added.

The committee elects 40 seats of the 90-strong legislature and the chief executive.

Another insider also said a “free fight” would be allowed among the candidates.

Multiple sources confirmed to the Post that Beijing on Tuesday night approved a list comprising six hopefuls – mostly professionals and none from the opposition or middle-of-the-road party – to run for the four seats vacated by lawmakers who took up ministerial posts or other senior roles in the December 18 poll.

Gary Wong, 39, who lost his bid in the Legco election last year, said he decided to make a comeback as “a more humble person” in the hope of pushing through the proposals he raised to combine Hong Kong’s advantages with national opportunities.

William Wong said he was inspired to run by another scholar Sun Dong, who joined the government as a minister half a year after becoming a lawmaker, as he believed the chamber needed more members with an innovation and technology background like them.

But he denied running with a “green light from Beijing”.

“I have been walking step by step to get each of the nominations,” he told the press when submitting nomination forms at government headquarters on Wednesday.

Each hopeful has to obtain 10 to 20 nominations from members of the Election Committee, packed with pro-establishment figures, by next Monday, and a poll will be held if the number of nominated candidates is more than four.

Also eyeing a seat were traditional Chinese medicine doctor Chan Wing-kwong from the Democratic Alliance for the Betterment and Progress of Hong Kong, and Lee Kwong-yu from the Federation of Trade Unions. The pair had lost in the election last year in the functional constituency.

Gary Wong is expected to be the only one among the 11 losers in the Election Committee constituency of last year’s Legco election who planned for a comeback. He captured 956 votes, 14 votes less than Nelson Lam Chi-yuen who secured the last seat of the 40-member constituency.

But it was understood that Allan Zeman, the “father of Lan Kwai Fong”, declined invitations to run again after his defeat last year.

Speaking anonymously, a politician said the line-up reflected that Beijing was satisfied with the performance of certain lawmakers with professional backgrounds, and wanted more in the 90-strong chamber to “deliver results”.

But a veteran campaign manager for the bloc noted from the experience of the last poll, professionals often exposed their lack of knowledge in other areas.

Democratic Party chairman Lo Kin-hei said the group would not field anyone for the coming poll because their members stood a slim chance of winning.

The Post also learned that members were advised by Beijing not to leave Hong Kong in December because another election would be held to select local delegates to the National People’s Congress.
#facebook