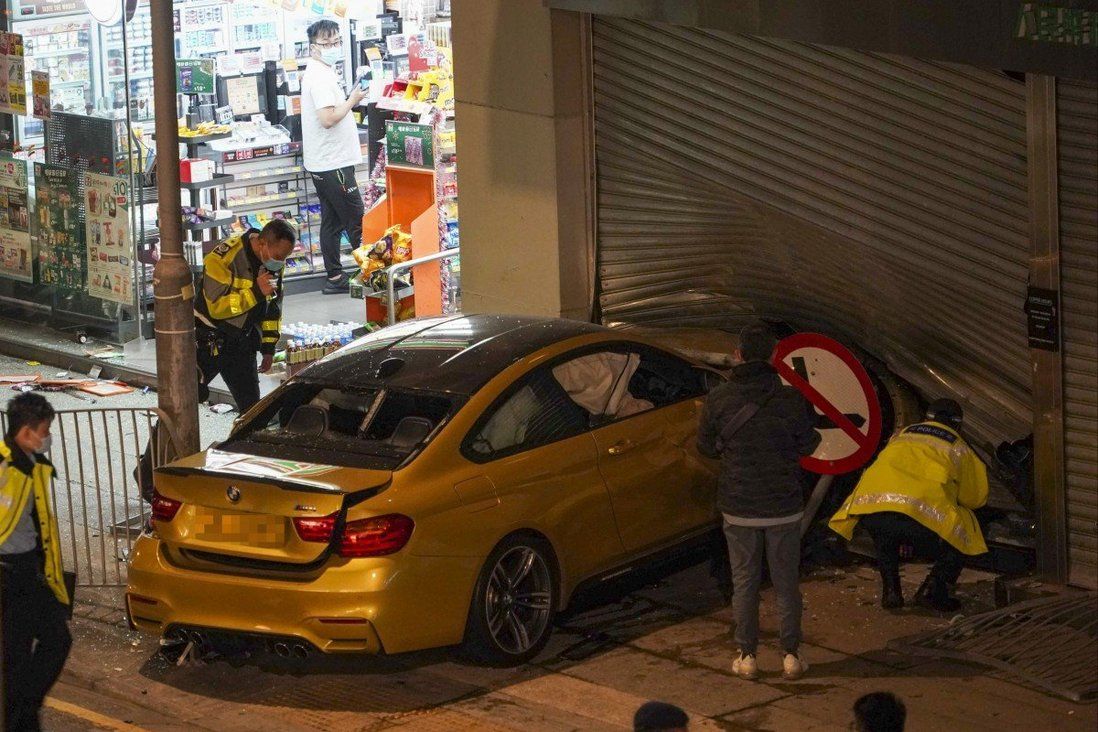 In Kowloon, two pedestrians died and three others were injured after a car mounted the pavement in the evening and crashed into an industrial unit beside a convenience store. The male driver, 25, was also hurt.

Police said the vehicle went out of control at around 6.10pm on Tai Yau Street in San Po Kong and ploughed through railings before crashing into a shuttered unit in the Tin Hung Industrial Building.

A police source said a woman, 23, was certified dead at the scene. A 63-year-old man was certified dead in United Christian Hospital in Kwun Tong shortly after 7pm. Three other pedestrians, two women and a man, aged between 28 and 63, were also sent to hospital for treatment. 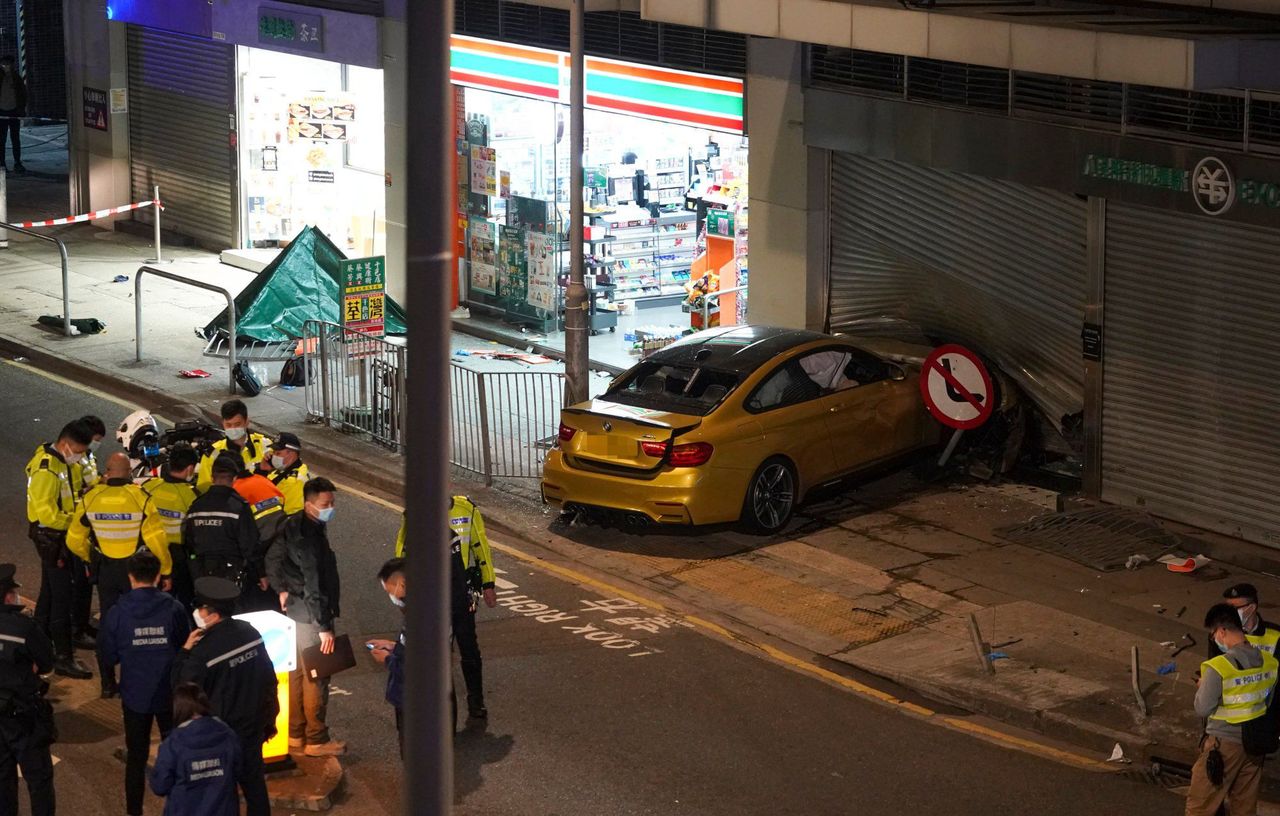 The BMW mounted the pavement before crashing into an industrial unit.

The source said an initial investigation suggested the car, a yellow BMW saloon, was running beyond the speed limit of 50km/h at the time of the crash. He added the driver complained of dizziness and was taken to Queen Elizabeth Hospital for treatment.

Superintendent Yip Kit-fai of Kowloon East traffic unit said the driver had been arrested on suspicion of dangerous driving causing death, and would be detained overnight.

While the driver’s preliminary breathalyser and drug tests did not exceed the legal limit, Yip said, police would investigate his driving attitude, the vehicle’s performance and road traffic conditions, as well as whether speeding was involved.

A video posted on Facebook by a witness showed the woman killed at the scene lying in a pool of blood, while four first-aiders tried to help a man next to her.

The first-aiders then rushed to check an elderly victim on the other side of the road after being alerted by the witness.

Another video on social media showed the BMW briefly making contact with a taxi moving in the opposite direction before crashing.

Separately, a man thought to be aged about 80 was killed after he was suspected to have been trapped under a minibus and dragged for more than 15km for 40 minutes.

A police spokesman said a passer-by had reported that a man had been hit by a minibus and was trapped under it at the junction of Ning Po Street in Yau Ma Tei at 6.08pm.

The minibus had left before emergency personnel arrived and no one was found injured at the scene, the spokesman said.

The police source said the minibus hit the man while turning onto Canton Road from Ning Po Street. 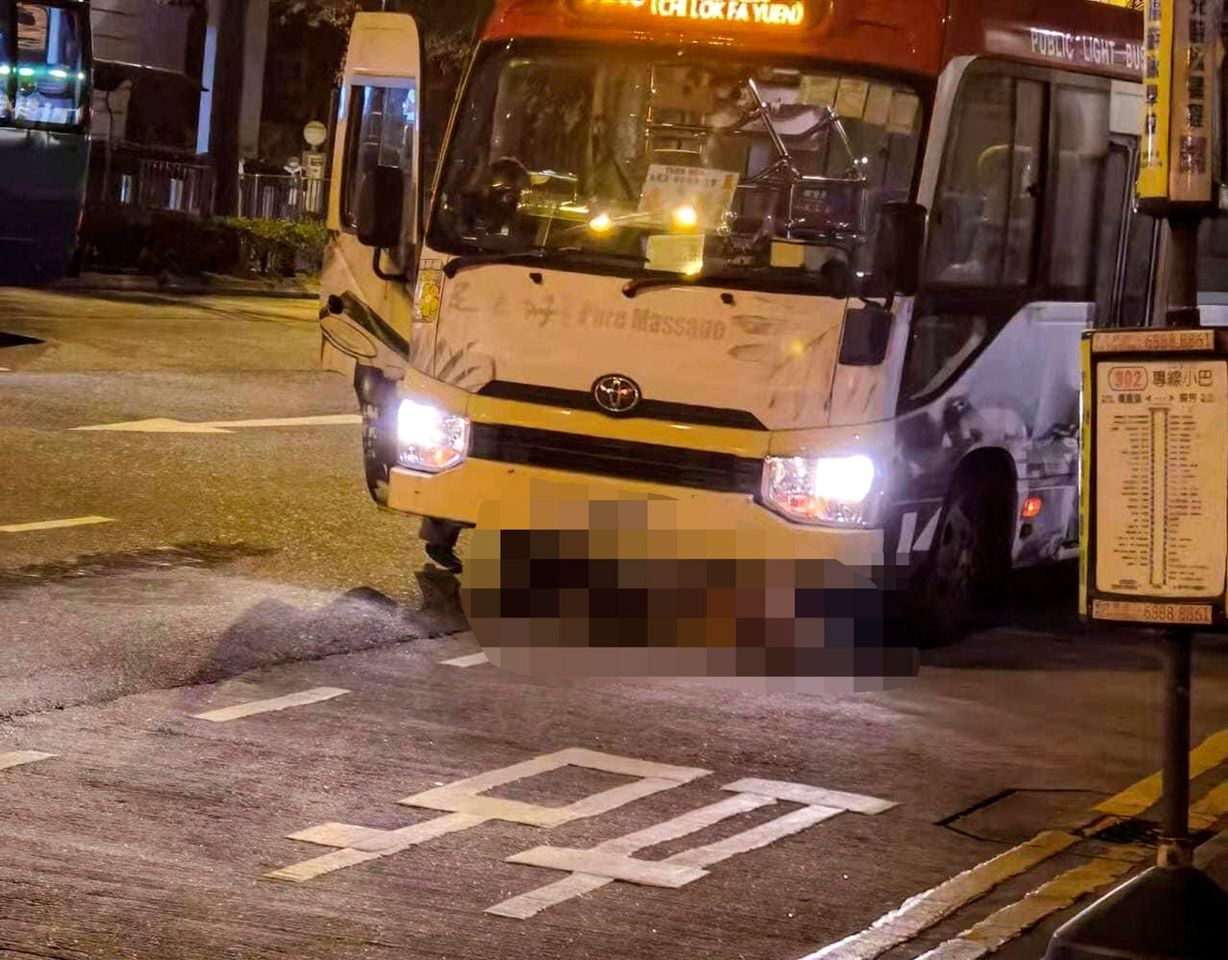 The minibus stopped outside the Bellagio housing estate in Sham Tseng.

He said a dashcam from a nearby vehicle captured the accident and the footage showed the man went underneath the minibus after being knocked down.

“The minibus driver was not aware of this and he continued to drive,” the source said.

He said the victim was dragged from Yau Ma Tei to Tsuen Wan, where the minibus stopped at a bus terminal outside the Bellagio housing estate in Sham Tseng at 6.50pm. He said the man was certified dead at the scene.

The source said the driver was likely to be arrested in connection with the case.

On December 11, a 27-year-old French woman was killed and eight others injured in a the SoHo neighbourhood after a driverless car rolled down the street.