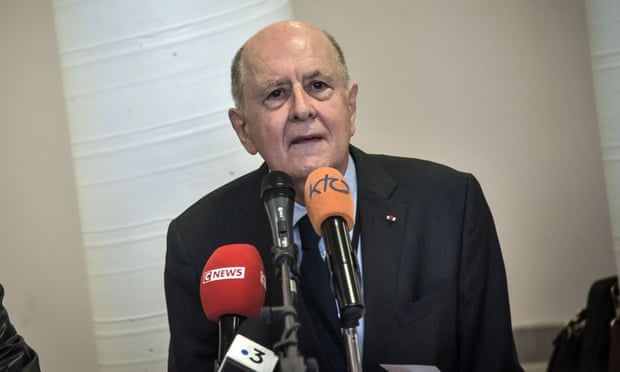 The head of an independent commission investigating child sexual abuse in the French Catholic church has said about 3,000 paedophiles have operated inside the institution since 1950.

Days before publication of its report, Jean-Marc Sauvé said the commission’s investigations had uncovered between 2,900 and 3,200 paedophile priests or other church members, adding that this was “a minimum estimate”.

Sauvé told Agence-France Presse that the 2,500-page report, based on church, court and police archives as well as interviews with witnesses and due to be published on Tuesday, had tried to quantify both the number of offenders and of victims.

It also looked into “the mechanisms, notably institutional and cultural ones” within the church which allowed paedophiles to remain, and will offer 45 proposals, he said.

The commission, made up of 22 legal professionals, doctors, historians, sociologists and theologians, was set up in 2018 after Pope Francis passed a landmark measure obliging people who know about abuse in the church to report it to their superiors.

A hotline set up in June 2019 for French victims and witnesses received 6,500 calls in its first 17 months of operation but prompted many survivors to question whether French prosecutors would be willing and able to press charges.

Philippe Portier, a sociologist on the commission, promised the report would “not go easy on anyone”, while Olivier Savignac, of the victims’ association Parler et Revivre, (Speak and Relive), said it would “have the effect of a bomb”.

Bishop Éric de Moulins-Beaufort, the president of the French conference of bishops, told a meeting of parishoners he feared the report would reveal “significant and frightening figures” and church authorities have warned publication would be “a harsh and serious moment”, calling for “an attitude of truth and compassion”.

It remains unclear, however, exactly what actions the church will take against offenders, and in many cases prosecution could be unlikely because the abuse took place beyond French statutes of limitations.

Last year, a defrocked French Catholic priest, Bernard Preynat, 75, was sentenced to five years in jail for sexually abusing boy scouts aged between seven and 14 in his care between 1971 and 1991, following allegations his superior had covered up the abuse.

After he was first denounced in 1991, the priest was prevented from leading scout groups but was later allowed to teach children and held positions of authority in parishes until the scandal became public in 2015.

Cardinal Philippe Barbarin, the archbishop of Lyon, was given a six-month suspended sentence in 2019 for not reporting Preynat’s crimes.

However, in January last year, an appeal court overturned the conviction, saying that while Barbarin should have informed the authorities, he was not criminally liable for his lack of action. Pope Francis subsequently accepted Barbarin’s resignation.
#pope francis
Add Comment