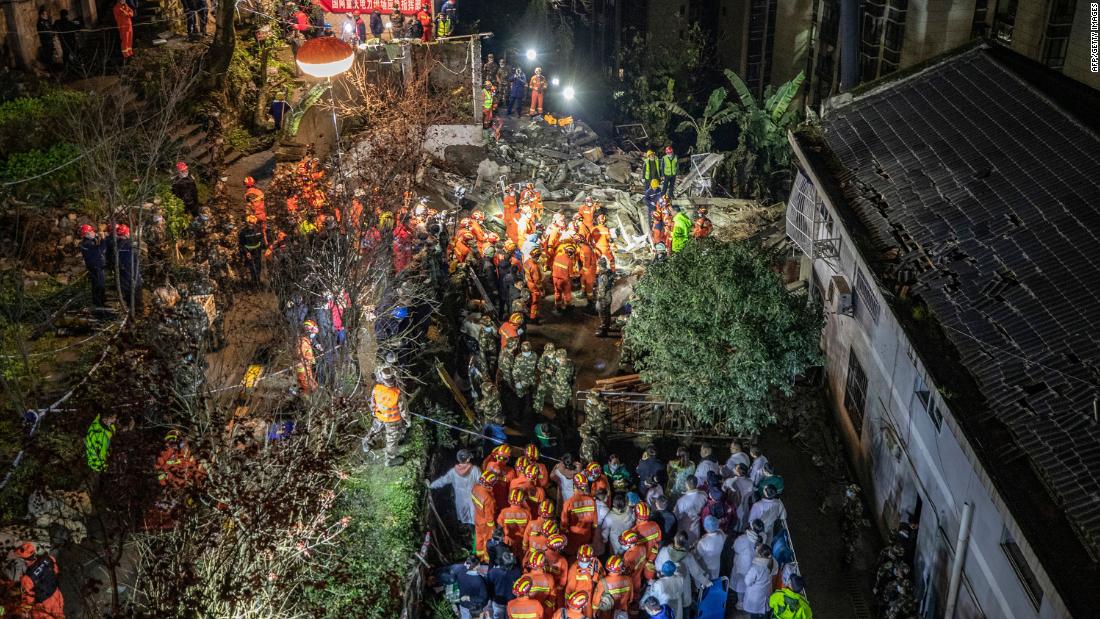 At least 16 people were killed and 10 others injured Friday in a gas explosion in southwestern China, according to the country's Ministry of Emergency Management.

The ministry said a cafeteria for a local government district office in Chongqing city collapsed after a suspected gas leak and explosion, trapping a total of 26 people. 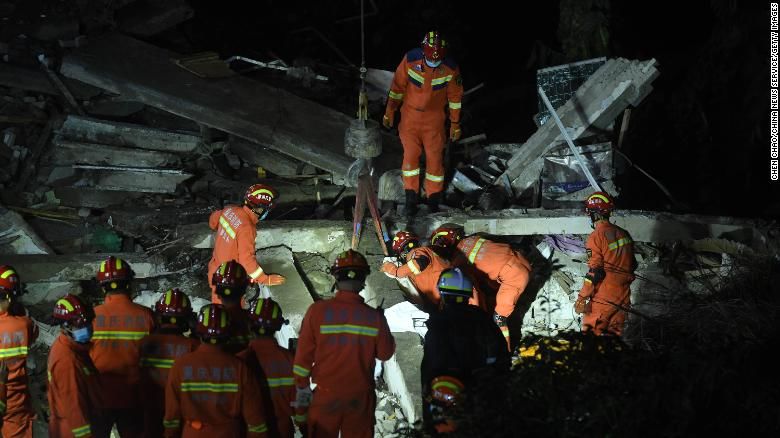 Firefighters search for survivors in the rubble of the collapsed canteen in a subdistrict office.

More than 600 first responders took part in the rescue mission and officials are investigating the cause of the explosion, it added.

China has been hit by a number of gas explosions in recent years. In October, four people were killed and more than 30 injured when a blast ripped through a restaurant in the northeastern city of Shenyang.

In June, at least 12 people were killed in a huge explosion in central Hubei province.